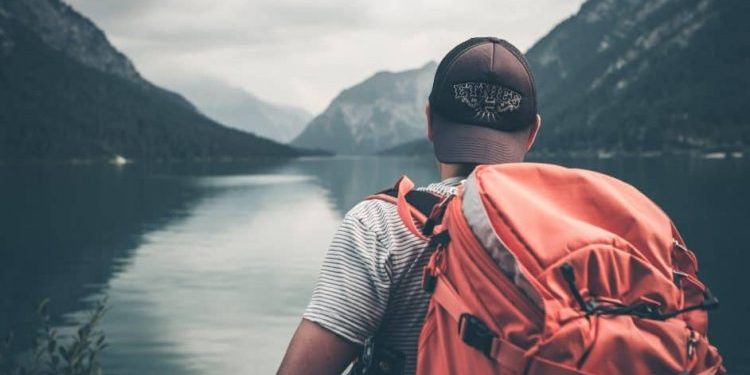 Aller means “to go” in English.

As in English, it’s used in lots of different ways, including as part of a verb tense.

Contents
1 How to conjugate aller
2 The aller verb tense: le futur proche
3 What does aller mean?
4 Aller as a noun
5 What does s’en aller mean?
6 Common phrases with aller

How to conjugate aller

Aller is an irregular verb that’s conjugated with être. This means you’ll have to memorize its conjugations and also be sure that its participle agrees with the subject.

Here’s how to conjugate the most common tenses of aller

You can use this chart to find the conjugations of the less common tenses of aller.

In English, when we’re planning on doing something, we often use “going to”. For example, “I’m going to do my French homework.”   The same tense (or structure, depending on the source you use) exists in French, where it’sknown as le futur proche.

Le futur proche is formed by conjugating aller in its present simple form, followed by a verb in its infinitive.

On va mettre le film. (We’re going to put on the movie.)

Jeanne et Pauline vont chanter. Tu veux chanter avec elles ? (Jeanne and Pauline are going to sing. Do you want to sing with them?)

As in English, you can also use this tense with aller itself. For instance: Ils vont y aller, tu verras ! (They’re going to go there, you’ll see !).

When should you use the futur proche?

As its French name implies, most of the time this tense is used when the subject is going to do something relatively soon. Of course, let’s also keep in mind that it can also be a handy way to keep on procrastinating.

For instance, if I tell my French-speaking son to do his homework and he says Je vais le faire (I’m going to do it.), he could seriously mean that he’s going to sit down and do it right now. But he might also just be saying that to ward me off for a bit….

Another case where the futur proche isn’t intended to be immediate  is when it’s used to show a strong feeling, wish, or intention. For example. Qu’ allons-nous faire maintenant ? (What are we going to do now?) , or Tu vas réussir ! (You’re going to succeed!).

The great thing about the futur proche is that if you’re really, really, really stuck and can’t figure out how to conjugate a verb in its future simple tense, you could use it in a bind. This may not always work, of course, and if possible, it’s always better to use the tense that truly works best. But still, it’s good if you really can’t use the future tense otherwise, at that moment.

What does aller mean?

Aller means “to go”, and as we’ve seen, that means it’s a verb that can go pretty far: from its own very common, useful definition, to its own verb tense. Add to that several derived meanings and contexts.

Some of the most common meanings of aller include:

• a state of health/life in general.

Just as we can say “How’s it going?” in English, you’d ask Ça va ? or, more formally, Comment ça va ? in French. You can also use a specific pronoun, for instance, Tu vas bien ? (How are you doing – or, depending on the context, “Are you okay?”). You can answer with Ça va bien, merci, or Ça ne va pas, or Je vais bien.

Or you could use any sentence that would answer that question, for that matter- you don’t have to use aller in your reply.

Just like in English, you can say Go ___!  The most common use of this you’ll probably hear in France is Allez les Bleus ! , the rally cry for a French national team (usually the national French football (soccer) team), referred to as Les Bleus because their uniform is typically blue.

Note that you always use the vous form when encouraging a team or individual, even if it doesn’t agree with the subject. For instance, although it’s rare to use this with just one person, you would say Allez Marc ! (Go Marc!) to encourage your friend, not Va Marc.

• to work/be okay for someone.

This is usually used in the ça va form, although you could see it as something like Ça t’irait si… (Would it work for you if/Would be okay for you if…?)

Examples: Ça va si on annule pour ce soir?  (Is it okay if we cancel tonight?)

Une soirée cinéma, ça te va ? (How about we watch a movie tonight?)

Ça vous irait si on se voyait demain midi ? (Would it work for you guys if we met up tomorrow afternoon?)

Note that using aller to show if something works or is okay tends to be neutral to informal language. If you want to ask this in a more formal or professional way, it would be cela vous convient/cela te convient.

If you know The Beatles song Michelle, you may already know this use of aller : Michelle, ma belle sont des mots qui vont très bien ensemble.

• to attend, either once, occasionally, or regularly.

For instance, Je vais à l’école can mean ‘I’m going to school’ or “I go to school” in general, depending on the context.

There are many other ways aller can be used, but all of them keep the general idea of “to go”. This list features additional examples, as well as more subtle uses of aller.

Aller as a noun

Aller can be used as a masculine noun to mean one of two things:

This word is often followed by either simple or -retour. Un aller-simple is a one-way ticket. Un aller-retour or un billet aller-retour is a round-trip ticket.

2. the process/journey of getting somewhere/outward journey

Example: L’aller semble toujours plus long que le retour. (The way there always seems longer than the way back.)

What does s’en aller mean?

S’en aller means to leave, usually with the connotation of going far away or disappearing forever.

As you can see in this entry from Larousse’s online dictionary, it can be used to talk about things or experiences: Cette tache ne s’en va pas. (This stain just won’t go away.)

But most often it’s used with people. In these cases, it could be for something as simple and neutral as taking a long walk, but it usually has a more dramatic concept: Going away forever.  You’ll often come upon this usage in books, poems, movies, and songs, including French singer Vianney’s recent hit Je m’en vais.

There are dozens of phrases and expressions with aller. Here are some of the most common.

Si tu as envie d’aller plus loin (If you’d like to go further), you can check out this list for more phrases with aller.  This Wiktionary entry includes some aller expressions as well.

If you were worried about how to use aller before reading this, I hope that ça va mieux (it’s getting better).

Do you have a favorite expression with aller? Allez, feel free to share it in the comments.