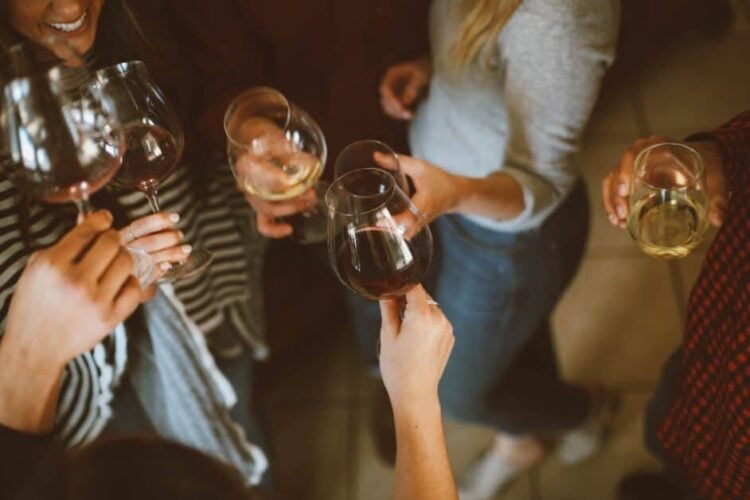 What do a bougie person and a candle have in common?

You might guess I’m talking about decor options or something along those lines. But if you’ve ever tried doing an online search for something like “bougie in French”, or asked a French friend how to translate “bougie”, what I’ve just said might ring a bell.

That’s because “bougie” is a faux -ami: a word that means very different things in French and English. Let’s look why it’s in the faux-ami rogues’ gallery- and find the real French equivalent of the English slang term “bougie”.

Contents
1 How do you spell bougie?
2 What does bougie mean?
3 How do you say “bougie” in French?
4 French words for “bougie”

How do you spell bougie?

In English, “bougie” is often spelled “boujee” or other variations, but this isn’t correct in French. In French the only correct spelling is bougie.

What does bougie mean?

In mainstream American English, the word bougie – sometimes spelled boujee or boujie – is slang for a middle-class person who acts or wants to seem wealthier than they are.

In French, une bougie is a candle or, more rarely, a spark plug.

Why is there confusion between the two words?

To understand why the word bougie has such wildly different meanings in English and French, you have to understand where each word comes from.

In English, “bougie” began as a shortened term of the word bourgeois. Yes, another French word is at the root of this term! Bourgeois in French used to mean middle-class. Over time, especially with the rise of workers’ rights movements, it’s become a derogatory term that signifies everything from materialism to mundanity, to an oppressive social class. This article gives a detailed explanation of the evolution of the term “bourgeois”.

Bourgeois has more or less the same context in contemporary French, but it’s never been shortened to bougie. One very good reason is that bougie is already associated with something very different in French. Since around the 14th century, it’s meant “candle”.

The word is derived from the Arabic transcription of the Kabyle word “Bgyaet”, a city in Algeria that supplied a large quantity of the beeswax used in candles. Interestingly, this source notes that une chandelle, another French word for candle, was only used to designate tallow candles. Today, as far as I can tell, in mainstream French either term could be used for any type of candle.

How do you say “bougie” in French?

Now that we’ve cleared up the confusion, you may be wondering how to say bougie – the English-language version of the word – in French.

Unfortunately, I can’t give you a simple answer. While there are some terms that capture certain aspects of the word,there is no exact equivalent of bougie in French.

I think this may come down to culture.

American culture, where the term “bougie” is most used, has a tendency to mock or ridicule things like people sounding too intelligent or people who don’t have a lot of money opting for expensive brands and artisanal products.

In France, on the other hand, intelligence, quality products, and the like, reign supreme, even seem de rigueur – at least in mainstream culture.

Take this (admittedly somewhat tongue-in-cheek) list of things that are considered bougie. The list includes things like artisanal and organic products, caring about the environment, and going to art openings. These things are just a part of daily life for many people in France and aren’t judged by most.

For instance, you’ll find that many middle class French women opt for fewer items of clothing, choosing to invest in expensive pieces, rather than “fast fashion” that would more reasonably fit their budget. Wine is carefully chosen when entertaining friends and la nourriture bio (organic food) is inherently considered preferable to standard supermarket fare (even if not everyone purchases or eats organic food).

So you could say that what Americans call “bougie” is a way of life for many French people and so widespread and relatively accessible that it’s not really a source of mockery here!

On the other hand, when a person dresses or does things in an overly flashy or showy manner, the French will mock that, which is why so many of the words that could possibly work as a French translation of “bougie” tend to address that extremity, rather describing  a “basic” person trying to look wealthy.

Of course, this is just a thought, and of course not all middle-class French people would qualify as bougie. But it bears considering.

Another issue, brought up in a fascinating article in USA Today, is that the term “bougie” can mean different things to different groups. Author Sophia Tulp points out that it’s often used in Black culture – including hip-hop songs like Migos’ “Bad and Boujee” – to describe an upwardly mobile person of color. So “bougie” in this sense of the word may have pride attached to it, rather than mockery.

With all of this in mind, here are a few very rough equivalents to the mainstream definition of “bougie” in French:

un/une bobo – a hipster. Bobo is a shortened form of the term bourgeois bohème (bourgeois bohemian) – that is, someone who looks the part of a starving artist but has at least some money. This word is the rough equivalent of “hipster” in French, although the word “hipster” itself is often used. But it could be used to describe a bougie person, since the two categories often overlap.  Note that bobo can also be a childish term for “bruise” (a boo-boo), so if you come across it, be sure you understand the context!

un frimeur/une frimeuse – a show-off, a bit snobby or stuffy

un poseur/une poseuse  – a poseur: a fake, insincere person pretending to be something they’re not

Here are some words you can use if you’re impressed by someone’s bougie taste and style.

Again, none of these words precisely capture the denotation and connotation(s) of “bougie” in English. So the best solution may be to avoid trying to use a single word in French. Instead, you might say something like, “Elle achète des produits de luxe comme si elle était riche.” (She buys luxury products as if she were a rich person.)

Even a description like this is a bit charged, since the French find it rude to talk about money and personal wealth – which may be another reason why there’s no exact French translation of “bougie”.

What are your thoughts about the English word “bougie”? Why do you think there’s no exact French equivalent?

27 thoughts on “The surprising meaning of bougie in French”