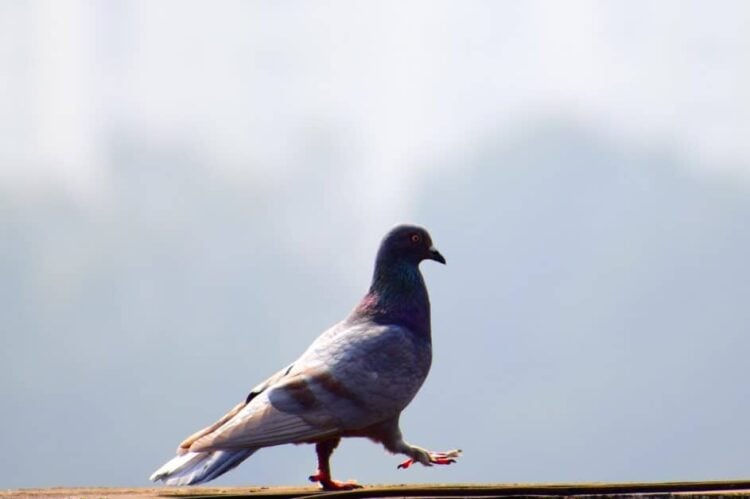 All languages have their challenges. French, for instance, is riddled with tricky grammar and pronunciation. But all languages also have their good sides – and among those are the cool words you pick up over the course of your learning journey.

un amuse-bouche – an appetizer. I love the idea of this being something that amuses the mouth!

biscornu(e) – crooked, twisted; by extension, can be used to describe someone as weird, eccentric, or complicated. The word is often used to describe old, nearly ruined houses, or the sort of place a witch would live in a fairytale. Ex: Sur la colline, tu verras une veille maison biscornue. (On the hill, you’ll see an old, crooked house.)

bouquiner – to read. Related to bouquin, an informal word for “book” (as opposed to the general/formal word, livre), bouquiner is a fun, light way to say that you’re reading. Ex: J’ai passé l’après-midi à bouquiner. (I spent the afternoon reading.)

une chatière – a cat door/cat flap. I just love that there is a single, specific word for this in French. Ex: Le chat rentre a la maison par la chatière. (The cat goes inside the house through the cat door.)

chez – at, with, to, at the house of, and so much more. Chez is an incredibly versatile and useful preposition!  Here are just two examples of common ways it’s used: 1. On va diner chez ma mere ce soir. (We’re going to have dinner at my mother’s tonight.) 2. Il y a beaucoup de choses que j’admire chez toi. (There are a lot of things that I admire about you.)

cot cot – cluck (the sound a chicken makes). Although “cluck” is perfectly fine to my native Anglophone ear, I think cot cot might have a slight edge on how chickens actually sound. Although maybe that’s because most of the chickens I’ve been around in real life were ones who live in the French countryside?

un croque-mort – an undertaker. This informal word is derived from the fact that, allegedly, undertakers used to bite a toe or finger of the person they’d come to collect, to make sure they were really dead.

Note that if you want to refer to an undertaker in a professional or respectful context, you would say the long-winded and much less fun directeur/directrice d’entreprise de pompes funèbres. But in everyday life, croque-mort will be perfectly understood.

BONUS: A similar – and also very cool – word is le croque-mitaine – the Boogeyman. To me, this monster’s name is much more frightening in French, where it literally means “hand-biter”.

une dégringolade – a fall or tumble – by extension, a fall from grace. Doesn’t this word sound like a clumsy fall? It also has a verb form, dégringoler.

dépayser – Literally “to de-country”, this verb can mean “to change someone’s routine” or “to be a change of scenery”. Example: Chantilly se trouve à seulement une heure de Paris, mais le paysage est tellement different que beaucoup de parisiens s’y sentent dépaysés. (Chantilly is only an hour from Paris, but the landscape is so different that many Parisians experience a real change of scenery there.) Note that this verb is most often used passively, in the past tense, or as a gerund.

écœurant – disgusting, nauseating, repugnant. What I love about this word is the presence of cœur (heart) within it – as though something affects you so much that it destabilizes your very heart. The word can be used in a literal or figurative way. For instance: L’odeur de décomposition était écœurante. (The odor of decay was nauseating.) or Je trouve le racisme écœurant. (I find racism disgusting.)

une épine – a thorn, a prickle. To me, this word sounds perfectly like something that digs into your skin.

Apparently this word can apply to very young male and female children as a term of endearment, but it’s far more typically used as a way to describe little girls only. To me, it seems like a nicer, gentler way to say “catty”.

It’s not a nice word, but as a former little girl myself, I definitely encountered other girls in my time that I wish I’d had a word for like this one! Ex: Elle est un peu chipie. (She’s a bit bratty.)  This very interesting Word Reference thread shows how the connotation of the word can vary slightly.

une étincelle – a spark, a sparkle. Ex: J’ai vu une étincelle d’amour dans ses yeux. (I saw a spark of love in his eyes). The verb form of this word is also great: étinceler (to sparkle, gleam).

farouche – shy, wild. This word is used to describe a wild, untameable animal or person. It can range from meaning that an animal won’t approach people, to one that’s even being a bit violent.

You can also describe a person as farouche, which is why it’s one of my favorite words. I think it’s an excellent adjective. Ex: Elle l’aime mais il n’a pas envie d’être en couple; il est trop farouche. (She loves him but he doesn’t want to be in a relationship, he’s too wild/untamed.).

la grisaille – grayness, especially gray, overcast weather. The most common way you’ll come across this word is in a phrase I love: la grisaille parisienne. Paris is a city that often has overcast skies. Some may find this a negative term, but for others, it’s just a part of where we live, and it’s cool to have a single descriptive word for it.

Paname – a slang term for Paris. This word is at least a hundred years old, but no one can say exactly where or how it originated. It’s a very particular term that I think anyone who loves Paris holds in their heart. Tu le r’verras Paname (You’ll see Paris again) was a popular song during World War I.

picoter – to prickle, sting. This word sounds so much like the sensation itself!  A related word is the noun un picotement, a tingling or prickling feeling. Ex: The witches’ famous exclamation in Macbeth, “By the pricking of my thumbs, Something wicked this way comes!” is translated into French as: Au picotement de mes pouces, — je sens qu’un maudit vient par ici.

un poignard – a dagger or blade. I love the sound of this word!

roucouler – to coo. Another animal sound that sounds so much like the real thing, at least to me! Ex: Les pigeons roucoulaient sur le bord de sa fenêtre. (The pigeons cooed on his window ledge.)

rusé(e) – clever, sly. As you may have guessed, this adjective is derived from the word ruse (a ruse).  Ex: Méfie-toi d’elles, elles sont très rusées ! (Be wary of them, they’re very sly!)

un souffle – (a) breath or breeze. Another word that sounds so much like what it’s describing!  Ex: Il était à bout de souffle. (He was out of breath/breathless.)

Where can I find more cool French words?

If you’re looking for even more cool French words, you might find a few in our French vocabulary lists, including beautiful French words, French onomatopoeias, French internet and texting slang, verlan (syllable-reversing slang), or even French swear words!

Of course, cool words are everywhere, so even by simply reading, watching, and listening to things in French, you’re likely to come across a few words you love. Here are a few ways to do all of those things and more – and often for free.

What are some French words you think are cool? Feel free to share in the comments!