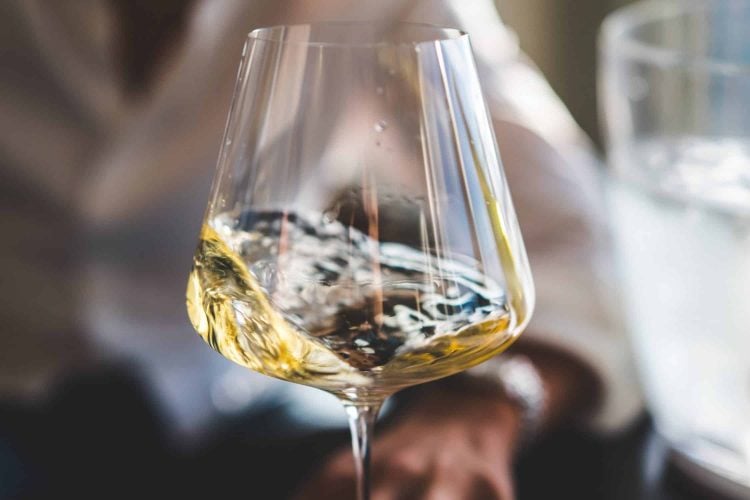 The legal drinking age in France is 18, or 16 if the person is in the presence of adults (usually understood to be family members).

This might seem surprising. After all, France has a reputation for being a country of wine-lovers. You may even have heard that there’s no legal drinking age at all. And you wouldn’t have been wrong just a few decades ago!  But when it comes to alcohol consumption laws, France has changed in some interesting and often surprising ways.

Has there always been a legal drinking age in France?

Alcoholic drinks of all sorts have been available in France since they were invented. Some, like champagne, were even invented in France itself. But wine has always been the most popular.

Wine is a big deal in France. Not everyone drinks it or is a wine connoisseur, but  it’s a part of the French national identity. That’s not only because French wines are famous around the world, and thus a source of pride; until surprisingly recently, wine in France was considered a healthy, fortifying drink, even for children.

This short news clip from 1956 informs the public that wine will no longer be served in preschools and elementary school cafeterias. It may seem shocking, hilarious, or simply surreal – but there is an explanation behind it.

Throughout history, until clean water and pasteurized milk were accessible to the population, it was indeed safer to drink alcohol. By 1956, potable water was the norm in France, and it seems that this had been the case for a while. But what hadn’t changed was the French idea of wine being a healthy drink for people of all ages.

You can learn more about this concept (and see some old photos of school children touting bottles of wine or having  a glass with dinner) in this informative video.

That being said, at the very least it does seem a bit strange to expect kids to down a glass or two and then be able to concentrate on their schoolwork. Still, as the second video explains, wine continued to be served in French high schools until 1981.

With this history, it seems strange that today there’s a legal drinking age in France. But the culprit, you could say, is a better understanding of the effects of alcohol on developing bodies and brains. A drinking age of 16 was established by the late 20th century. But something happened to change that….

Why is the French drinking age 18?

Through movies, TV, and other forms of popular culture, countries that consider binge drinking and wild parties the norm among young people seem to have influenced more recent generations of French youth.

By the early 2000’s, a significant number of French teenagers (whose parents and grandparents used to drink at school without a problem) began to experiment with binge drinking (usually referred to as either le binge-drinking, la biture express, or la beuverie express).

Most countries don’t promote or particularly like this practice, but it’s definitely seen as a part of life by the general populations of countries like the US and UK, among many others. In France, though, it doesn’t fly.

That doesn’t surprise me in the least because the French relationship to eating and drinking tends to be one of balance and moderation. There are people who abuse alcohol in France, but interestingly, despite ranking first among European countries in wine consumption per capita, it’s among those with the lowest rates of alcoholism.

Still, binge drinking was seen as a problem sweeping the nation. In 2009, Health and Sports Minister Roselyne Bachelot passed a law establishing the current legal drinking age in France –  18 to freely consume and buy alcohol and 16 to drink when accompanied by adults (but not allowed to purchase alcohol).

Laws were also put in place involving punishments for serving alcohol to minors, or even getting them drunk.

Statistics show that as a general rule, the French consume significantly less alcohol than they did in previous decades. But it’s hard to know whether or not binge drinking has significantly decreased.

One reason is that most sources are biased, trying to raise awareness about this phenomenon. Another is that there doesn’t seem to be a concrete, unbiased study or report that’s been done on binge drinking in France in recent years.

For instance, this webpage about the consumption of alcohol in France , dated to early 2020, contains some interesting and helpful statistics. But as you read, you realize that since the site is tied to the public health service, the article is set up to warn people against abusing alcohol.

In terms of binge drinking specifically, the site  claims that there may be a shift towards what’s called the “Nordic model” of drinking – that is, drinking less often but consuming more drinks when you do have them.

But that idea seems to be contradicted by statistics from other studies, like this one from US News & World Report, which tallies up the daily amount of drinks consumed by people under and over the legal drinking age (15-19 year-olds, in this case). Here, France comes in at 10th place, with 3.4 drinks consumed per day on average.

That said, the study is a bit vague. We don’t know when or why the teens surveyed are consuming alcohol. Are they drinking illicitly or socially, or simply having a glass of wine at family meals?

The idea of binge drinking being a recent phenomenon is also questionable. Parties where young people deliberately get drunk have existed for a long time. My French husband, for example, remembers many nights like that when he was in university in the early to mid- 1990’s. It makes me wonder whether developments like social media simply caused the concept to be more visible to the general public.

Regardless, binge drinking in France doesn’t seem to be the milestone event that it often is in countries like the US, where it’s normal to think you’re going to get drunk when you turn 21 (the legal drinking age), at house parties, university/fraternity and sorority events, and so on.

Can I drink if I go to France?

It’s important to remember that if you want to legally purchase and consume alcohol in France, you should be 18 years old, or 16 if you want to have a glass or two and you’re with adults/in a family setting.

Always be careful when you drink, of course, especially if you’re in a new place and aren’t sure how your language skills will fare if you’re intoxicated.

If you don’t want to drink in France, don’t worry – you won’t be pressured to do so. The French may be one of the major alcohol-consuming cultures in the world, but I’ve never experienced a French person feeling insulted by or being insistent about someone drinking with them – and you can take my word for it, since I’m not really a big drinker, myself.

If you are curious about (responsibly) drinking like a French person, this recent survey published in Le Figaro shows that wine is still the drink of choice, but beer is a close second. This is especially true in the north of the country. Champagne, cocktails, and other spirits are also popular and easy to find. So if you’re 18 or older, you’ll be able to enjoy your drink of choice the next time you’re in France.

What’s the legal drinking age in your country? If you drink, do you have a favorite French alcoholic beverage – or one you want to try?