The best way to do that is to use a course like the French Together course because it teaches you the most common French words in the context of real-life conversations. 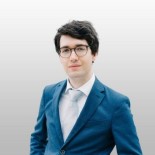 Leave a Reply to Alex the Aussie Cancel reply