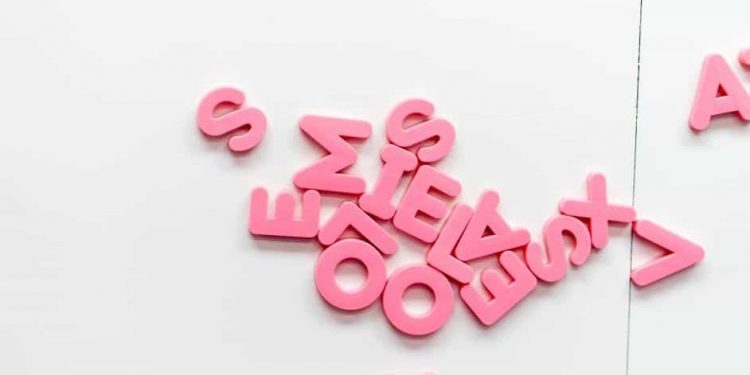 Let’s look at some of the most common French abbreviations, as well as some of the general rules for how they’re formed.

What is an abbreviation?

An abbreviation is a shortened word. In French, this can be in an extreme way – for instance, Monsieur becomes M., or it can involve removing the final syllable(s) of a word, as in something like mat’ (matin).

The latter kind of abbreviations is sometimes referred to as an apocope. I’ve never heard this term thrown around in casual conversation in French, but it’s good to know if you want to study French abbreviations in-depth.

One more note before we move on: Acronyms are often classified as abbreviations, since they’re a way to shorten a term. But they involve combining the initial letters or syllables of a group of words, rather than simply shortening one word. That’s why we covered them in a separate article.

There are countless abbreviations in French, but let’s look at some of the most common ones you’ll encounter (and probably use).

Also known as honorifics, “titles” in this sense are the common identifiers we place before someone’s name. The ones you’ll come across most frequently in French are:

M. – Monsieur (Mr./Mister). Note that unlike the other titles on this list, M. is always followed by a period.

The French don’t have an equivalent of “Ms.” In modern-day French, this is the rough equivalent, and is what is currently used on government forms to identify any woman, regardless of her age or marital status. You can learn more about the complex and evolving world of French female honorifics in the article I’ll link to in the next item on this list.

Mademoiselle can be a bit of a loaded word. On the one hand, it’s perfectly polite, especially if you’re talking to a child or very young girl. But some women may prefer to be referred to as Madame, which has become the rough equivalent of “Ms.” in addition to its role as an indicator of marital status. You can learn more about the evolution of French female honorifics in our article on the word mademoiselle.

Dr – Docteur (Dr./Doctor). Note that this title is used by any medical doctor, regardless of gender. Note also that although someone with a doctorate may also use this title, that’s not very common in French. Also note that when you’re not talking to Dr. Dupont directly, you use an article. For instance: Bonjour, Dr Dupont. vs. J’ai rendez-vous avec le docteur Dupont.

You can find more French title abbreviations on this helpful list.

Here are some of the most common French abbreviations you’ll come across in writing, whether a quick email or text message or an address or academic text.

Bjr – Bonjour (Hello). This abbreviation is a common way to start a text message or informal email.

This is a typical way to end a moderately formal or professional letter, as well as a friendly but polite text message or email, and is extremely common. You can read more about how it’s used in our article on French Internet and texting slang.

e/er/re – (-ième/-er/-ière). These shortened suffixes are added to digits to create an abbreviation for an ordinal number. For instance, premier (first) becomes 1er; troisième (third) becomes 3e, etc. You can use this list of French ordinal numbers to learn more.

etc. – et cætera (etc./et cetera). Note that in French, this abbreviation is always followed by a period, whereas in informal English writing it may not be included.

nº – numéro (number). This can be used when referring to page numbers, items in a numbered list, etc.

Here are some common abbreviations you’ll come across in daily life in France.

une cata – une catastrophe (a catastrophe). This is usually used in an exaggerated, metaphorical way; it would be a bit cavalier to refer to an actual disaster or catastrophe so informally.

This can describe an object, but also behavior, ideas, etc. I added an expletive before the English translation because this word is slang and considered extremely vulgar by most French people, especially those of an older generation. But like other “bad words”, you will hear it used a lot in everyday speech (especially among younger generations) as well as on TV, etc.

This abbreviation is usually used to talk about a person, especially when making plans. For instance, Tu es dispo vendredi soir ? On peut aller voir un film. (Are you free tomorrow night ? We could go to the movies.). Note that since disponible ends in “e”, its abbreviation can be used as-is for both masculine and feminine subjects.

impec – impeccable (perfect/flawless). This abbreviation is usually used when the word takes on its slang, informal meaning, rather than to formally or poetically describe something that is flawless.

le mat’ – le matin (morning). I’ve most often heard this abbreviation used to emphasize how early something is happening. For instance : Il est 5h du mat’ – pourquoi tu m’as réveillé ?  (It’s 5am, why did you wake me up?)

les maths – les mathématiques (mathematics/math(s)). As in British English, this abbreviation is plural in French.

le périf/le périph’ – le (boulevard) peripherique (a ring road highway that encircles a major city). In France, the term la Périph’ is most commonly associate with the ring highway around Paris.

un/une prof – un/une professeur (a teacher). Note that in Canadian French, if a teacher is female, an “e” is added to the unabbreviated form: une professeure.

sympa – sympathique (nice). As in English, this can be used to describe a person or animal, or just about anything else physical, metaphorical, etc., that you could consider nice/cool/pleasant.

Abbreviations that are more common than their original word

In informal as well as general spoken French, some abbreviations are used far more frequently than the words they’re derived from. These include:

le bac – le baccalauréat (the baccalaureate exam, the French exit exam and diploma for secondary education). You can find more French education-related abbreviations in our article on school in France.

Edit from Benjamin: There is a famous and hilarious scene in the movie L’auberge Espagnole, where Wendy hears “la fac” but understands “la fuck” and asks her French roommate Xavier what is means.

un apéro – un apéritif (drinks and snacks, often before a meal; the event of having snacks and drinks at someone’s house)

Note that this abbreviation is usually used for only one of the two common meanings apéritif. At a restaurant, un apéritif is a pre-dinner drink. But the abbreviation un apéro more commonly refers to a whole event, a convivial moment at someone’s home, when drinks and snacks are served. This is usually in lieu of a formal, full meal. The apéro is a sign of hospitality in some places in France; for instance , my French mother-in-law regularly has her neighbors over for un apéro.

Where can I find more French abbreviations?

These are the most common French abbreviations, but you can find a long list of additional ones, including many that have become actual words in their own right, on this helpful webpage. Wiktionnaire also has an extensive list of French abbreviations.

This list includes some French academic and literary abbreviations you might find if you’re studying in France.

The general rules of French abbreviations

Interestingly, although abbreviations are fairly common in French, I haven’t been able to find many sources that talk about the typical ways they’re formed or classified.

So, I’ll share some things that I’ve learned or observed about French abbreviation construction:

• Some very common words that normally would be very difficult to misunderstand can be abbreviated using a few of the major consonants. For instance: Cdlt, Bjr, bcp. You’ll see this especially in texting and online language.

• Honorifics normally follow this major consonant rule as well, with a few notable exceptions, like the abbreviation for Monsieur, which is simply M.

• Words in French are often abbreviated by keeping the first syllable plus the vowel that follows. For instance, prépa, short for cours préparatoires (link to French school system article).

• Sometimes the first syllable of a word has an “o” added to it instead: apéro. This seems to be an aesthetic choice but may also have a context of familiarity.

How can I remember French abbreviations?

Although there are some general rules for how French abbreviations are formed, not all words are abbreviated, and native French speakers may instinctively choose to abbreviate something in a different way than you might expect.

This means that the best way to learn French abbreviations is to memorize them.

The best way to do this is to get used to hearing, seeing, and, if possible, using them.

A great way to get started is to read and listen to French. Another way to practice is to try to incorporate some of the French acronyms on our list into your own conversations or writing in French.

Finding a French conversation partner will let you use the French abbreviations in conversation. Luckily, while most of us can’t meet up with strangers face-to-face right now, there are lots of online conversation exchange websites.

When should I use French abbreviations?

In most cases, abbreviations in French are used in general or informal contexts, not in extremely formal, professional, or academic ones.

Title abbreviations (honorifics) are usually an exception to this rule, and can be used even in most formal and academic contexts.

These rules may sound familiar since they’re the same in English. If you don’t know if a particular situation calls for an abbreviation, you can always go with the full-length word.

Do you use a lot of abbreviations when you speak French? Do you have a favorite French abbreviation? Feel free to share in the comments!

1 thought on “The essential guide to French abbreviations”