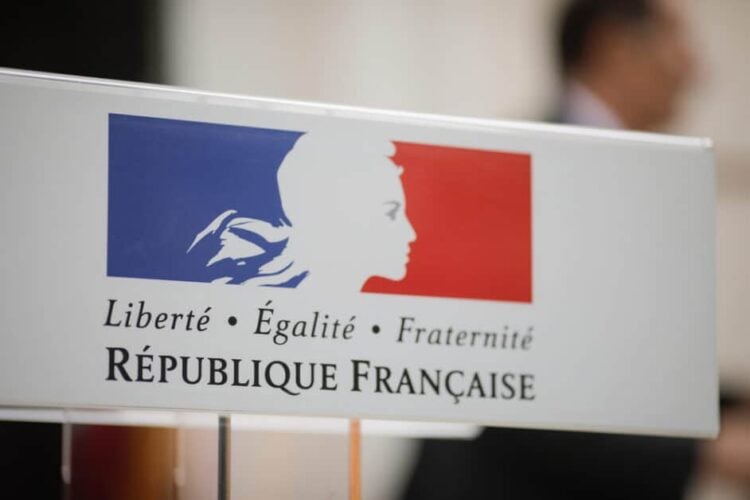 On June 24, 2022, the US Supreme Court overturned Roe v. Wade, limiting many women’s access to a safe, legal abortion. However you took the news, as a French student, you may be wondering about abortion and abortion laws in France.

Here’s what you need to know about abortion in France.

Table of Contents
1. Abortion is legal in France.
2. There are two common ways to say “abortion” in French.
3. Abortions are free in France for anyone covered under the French healthcare system.
4. An estimated 75% of French people support a woman’s right to choose.
5. Nearly one in three French women has had an abortion.
6. There are some pro-life organizations in France but they don’t have much influence.
7. The French’s reaction to the overturning of Roe v. Wade was overwhelmingly shocked and negative.
8. The overturning of Roe v. Wade may change French legislation.
9. Foreigners can get an abortion in France.
10. Personal beliefs and personal matters in France are usually kept private.

1. Abortion is legal in France.

Abortion was legalized in France in 1975. In February 2022, the limit for an abortion was extended from 12 to 14 weeks. After that, a woman can still get an abortion if the pregnancy is considered a threat to her physical or mental health, or if the health of the fetus is compromised.

As of 1993, any person who is found guilty of preventing someone from having access to an abortion can be fined or imprisoned.

La laïcité (separation of church and state) is considered a fundamental principle of the French Republic. Despite that, the legalization of abortion, as well as other religion-influenced issues such as gay marriage, have only happened after a long fight. This French Wikipedia entry offers fascinating insights into the fight for — and against — the legalization of abortion in France.

And this article in English goes in-depth into the case of Marie-Claire Chevalier, a sixteen-year-old rape victim whose illegal abortion became a catalyst for the legalization of abortion in France. It also serves as a chilling vision of life in a society where abortion is illegal.

French women are also not penalized for traveling abroad for an abortion. For instance, until the abortion limit was extended from 12 to 14 weeks, thousands of French women would go to neighboring countries with longer limits. This may still be what certain people choose to do, since some EU countries’ limits are still longer, including Sweden (18 weeks) and the UK (24 weeks).

2. There are two common ways to say “abortion” in French.

The word for “abortion” is un avortement in French, but the more scientific term that you’ll often see used in the press and by medical professionals and activists is une IVG, an acronym for interruption volontaire de grossesse (voluntary interruption (termination) of pregnancy).

3. Abortions are free in France for anyone covered under the French healthcare system.

Just as the French healthcare system covers costs related to prenatal care and birth, having an abortion up to the legal 14-week limit (and longer, in some cases) is free in France.

4. An estimated 75% of French people support a woman’s right to choose.

According to a frequently cited survey, 75% of French people support abortion access.

Interestingly, this survey dates to 2014, but the fact that another one doesn’t seem to have been conducted seems like a good indication of the French mentality on this issue. There are those who feel strongly for or against abortion in France, but it’s not a major topic of division or debate the way it has been in the US.

That said, the issue isn’t taken lightly. A 2021 survey shows that 92% believe that having an abortion is traumatic, and 88% want to do more to prevent them from being necessary.

5. Nearly one in three French women has had an abortion.

About 35% of French women have had at least one abortion.

215,00-232,00 abortions are performed every year in France. This means the current abortion rate in France close to the global average. By comparison, the US abortion rate is several points higher.

Anyone who questions or opposes abortion access should keep in mind that abortions are performed for many reasons, including when a pregnancy is life-threatening for the mother or if the fetus has a severe health issue or deformity that will compromise its quality of life or severely reduce its lifespan. Rape victims, including those whose rape was a result of incest or domestic violence, may also need to terminate a pregnancy (France has one of the highest domestic violence rates in Europe).

6. There are some pro-life organizations in France but they don’t have much influence.

An overwhelming majority of the French population supports abortion rights. But there are those who are pro-life here and there are protests against abortion.

And, as in many other countries and cultures, there are also some individuals who are generally pro-choice but may have specific issues they’re against. For instance, like a number of other politicians, although he’s generally pro-choice, President Macron didn’t personally support extending the abortion limit in France to 14 weeks, but he had no problem with putting the proposed law to a fair vote.

On the other hand, there are some groups and individuals who are firmly against abortion. For instance, founded in 2005, La Marche pour la Vie (The March for Life) is an annual pro-life march that’s held in Paris in January. Not only do French pro-life activists participate, but also pro-life supporters around Europe.

It should be noted, though, that marches and protests for all sorts of causes are so common in Paris that this event doesn’t particularly stand out.

Despite these and other organizations, the pro-life presence and influence in France isn’t nearly as noticeable or powerful as it is in places like the US.

7. The French’s reaction to the overturning of Roe v. Wade was overwhelmingly shocked and negative.

When Roe v. Wade was overturned, President Macron’s official Twitter account shared this message: Abortion is a fundamental right for all women. We must protect it. I would like to express my solidarity with all those women whose freedoms have today been compromised by the U.S. Supreme Court

Speaking of Twitter, you can read the shocked reactions of everyday French people via the Twitter hashtag #avortement.

Most members of the French press were also horrified by this event. If you’re as infuriated about what’s happened as they are, you’ll probably appreciate the graphic, powerful political cartoon that was on the cover of Libération.

8. The overturning of Roe v. Wade may change French legislation.

A number of French politicians have reacted to the overturning of Roe v. Wade in an unexpected way: Some groups are currently petitioning to have the French law legalizing abortion elevated to a Constitutional right, thus protecting it from the fate of Roe v. Wade.

Some people question this reaction, since abortion access doesn’t seem to be under any significant threat in France. A few consider this a sign of the United States’ exaggerated amount of cultural influence. And yet, as those fighting to make abortion a part of the French Constitution point out, all it would take would be a majority conservative government to potentially put the law in danger. What happened in the US is a wake-up call to anyone who wants to protect the rights of women.

So, while many women in America lost easy access to an abortion, many women in France may see that right become even more protected.

9. Foreigners can get an abortion in France.

French law allows for abortion access for all women. That said, it will be more complicated if your pregnancy has passed the legal 14-week limit. And while abortions are free for French nationals, residents, and in certain other cases, most non-nationals will usually have to pay.

As of this writing, the cost of a medical abortion (usually performed at home, with pills), is around 200 euros. The cost of a surgical abortion can cost up to 660 euros. If you need to get an abortion while in France, this government-affiliated site provides regularly updated information, in both French and English.

If you have an intermediate or advanced intermediate level of French, you may also find this list of questions and answers about abortion in France, from the French government’s official site dedicated to abortion access, helpful.

With all of this in mind, can you visit France, or live here, if you’re pro-life?

One of the great things about France is that private matters are, for the most part, kept private. Although there are some exceptions – for instance, participating in protest marches or showing support for an issue on social media – most French people don’t overtly display their political or religious beliefs, and personal life issues like the use of contraception and a person’s stance on abortion are usually kept quiet as well.

So, however you feel about abortion, it’s very unlikely that you would feel uncomfortable on a typical visit, or a typical day, in France.

I hope this article has given you some insights about abortion and abortion rights in France.

And, if you’re among those who are stunned and fearful about what’s happened in the US, I hope you can find at least some consolation in the fact that most of the people of France stand with you.