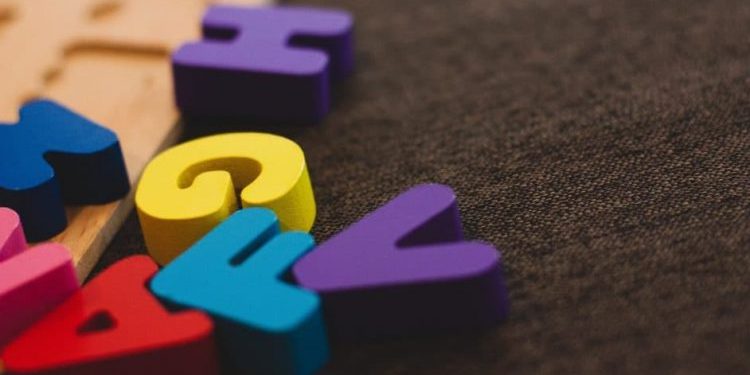 Acronyms are words that are made up of the beginning letters in a longer term. They exist in many languages, but they’re extremely important in French.

Let’s look at some of the most common French acronyms and learn a little about them and the role they play in everyday life in France.

What is an acronym?

An acronym is a word that’s created from a group of words. The acronym is usually derived from the first letter of each of the words in this group.

If you think the first opinion is right, we can get technical and say that acronyms that are read as individual letters are called initialisms (sigles in French).

For the sake of brevity, we’re going to call all of the words on our lists acronyms. I apologize in advance for any passionate advocates of the term “initialism”.

As you might have noticed from the examples, French acronyms (and initialisms) that stand for nouns are also usually used with an article. The gender of the acronym is usually the same as the first word in its unabbreviated form. So TGV is masculine because “Train” is masculine.

Acronyms are very common in everyday French. There are thousands of them in existence, but fortunately most of these apply to specific fields of study or specific professions, so you aren’t likely to have to know or use them.

BCBG – Bon chic, bon genre. This is a common way to describe someone who’s preppy or posh, usually with a negative connotation.

(le) Benelux – The countries of Belgium, the Netherlands, and Luxemburg. This is a less common type of acronym that uses the beginning sounds of the words it stands for, rather than just their initial letters.

(les) DOM-TOM – Départements et Territoires d’Outre-Mer (Overseas France). Since “DOM-TOM” refers to multiple countries, it’s always plural. And as you can see, it’s also a bit unusual, since the acronym doesn’t strictly follow the order of the words. Like some other French acronyms and abbreviations, a choice was made to make this term catchier and easier to say than what the actual acronym would be. Or it could be that that acronym already stands for something else!

ASAP – As Soon As Possible. French people have adopted this English acronym and take it a step further, by always pronouncing it like a single word, not letter-by-letter.

HLM– Habitation à Loyer Modéré. Low-income housing/council housing. Note that HLM can be singular or plural, depending on the context. For instance: Il habite dans un HLM. Or On a construit plusieurs HLM dans le quartier.

(le/un) PACS – Pacte Civile de Solidarité . A type of civil union, a PACS can be between two people of the opposite sex or a same-sex couple. This acronym has led to the creation of two verbs and an adjective in French: pacser/se pacser (to unite two people in a PACS/to get PACSed with someone) and pacsé(e) (avec qqn) – to be united by a PACS/to be in a PACS with someone.

(le/un) PMU -Pari Mutuel Urbain (off-track betting/a place where you can place these bets). Un PMU is a place where people buy their tickets and wait to hear the results of sports matches, races, etc. They’re usually kind of depressing.

(un/une) SDF – Sans Domicile Fixe (a homeless person). This term can often have negative context, especially if it’s used on its own, with just an article in front of it. Saying un SDF (A homeless person/A bum) is less respectful/neutral than saying une personne sans domicile fixe. Still, it’s not systematically negative and may just be used in speech because it’s faster to say.

(la) SPA – Société Protectrice des Animaux (the ASPCA/RSPCA). Note that when this word is written with lowercase letters, or simply depending on the context, it may not be an acronym and could simply mean a spa or hot tub.

les WC – Water-Closet (toilettes). This is an unusual acronym because it’s borrowed from from (British) English.  Note that it’s always plural, and that when the French pronounce it, it sounds like “V.C.”, not “double-v c” as you might expect.

(le) SIDA – Syndrome d’Immuno- Déficience Acquise (Acquired Immunodeficiency Syndrome (AIDS)). There are a number of French medical acronyms. As in English, some are known and used in everyday speech.

HS – Hors Service (Out of service/Out of order)

(un/le) SMS – Short Message System. Another acronym that comes from an English phrase, sms is a common way to say “text message” in French.

(la/une) RTT -Réduction du Temps de Travail (Comp time or overtime). The RTT is common in France, since it has to be given to anyone working more than 35 hours a week, and most office employees work about 39. Many people accumulate this overtime and to use as personal or vacation days.

Here are some French acronyms you’ll often find when it comes to current events and staying informed.

(l’)OMS – Organisation Mondiale de la Santé. This is the French name for the World Health Organization (WHO).

(la) BNF – la Bibliothèque Nationale de la France (the national library of France, the rough equivalent of the Library of Congress). You can consult books at their sites in Paris. And they have an AWESOME website full of free resources and entire downloadable public domain books .  There’s even a version in English (although most of the resources are still in French)!

(le) PS – EITHER P.S. (post-scriptum, the same as in English) or le Parti Socialiste, one of France’s leading political parties.

If you travel in France, you’re bound to encounter lots of acronyms! The most common include:

(le) TGV – Train à Grande Vitesse (high-Speed train). Operated by the SNCF, the TGV is one of the fastest trains in the world.

Although you may hear these acronyms in spoken French, you’ll mostly encounter them in writing, where they’re fairly common, including in news articles, emails, chat rooms, on labels, and more.

(un/le) RDV – Rendez-Vous (a meeting). Note that unlike in English, this word usually doesn’t have a romantic or sexual connotation. It’s used for meetings with anyone from business associates to a doctor’s appointment.

AB – Agriculture Biologique. The AB on a product label means that it’s organic.

AOC – Appellation d’Origine Contrôlée. These letters on a product label means that the product has been carefully controlled and monitored, and fabricated according to traditional or approved methods. You’ll often find it on cheese labels.  A wine label will (ideally) include it as well.

Cedex– Courrier d’Entreprise à Distribution Exceptionnelle. Sometimes written cédex, this acronym is frequently found in French business addresses. Cedex is a service of the French postal system that allows for addresses that receive large quantities of mail to have their mail shipped separately from standard post.

NF – Norme Française. These letters are often found on the labels of a wide range of products, to show that they’re up to French standards/norms.

FAQ – Foire Aux Questions. This is my favorite French acronym because it so cleverly adapts an English acronym (Frequently Asked Questions), creating its own term along the way.

RAS (sometimes written RàS or another variant) – Rien à signaler (Nothing to report, all’s well here). This can be used in security/police/military language, but also in everyday life. You’ll often see this acronym posted by people writing online product reviews.

You can find some additional written acronyms in our article on French internet slang.

Where to find more French acronyms

The French acronyms on our list are the most common ones you’ll encounter. But what if you want explore acronyms even further? You can find an extensive list of French acronyms via this Wiktionnaire entry.

And if acronyms in a particular field interest you, you can do an online search like “[field/subject] acronymes]”.

Why is it important to know French acronyms?

One day in my high school French class, our teacher leaned towards us, a very serious expression on her face. “Get familiar with acronyms,” she warned us. “You’ll find them everywhere in France.”

I’ve come to find that she was totally right.

Many languages have acronyms, but the French seem to especially love them. You’ll find them everywhere, from the workplace to your leisure activities, to the news, to travel.

But what impresses me even more than the omnipresence of acronyms in French is how important they seem. I often have to hold back a surprised laugh when I meet someone who tells me where they work, simply using the acronym for said place, expecting that everyone understands it.

In some cases, they wouldn’t be wrong. Say, for instance, they work for the national train company. Any French person who’s ever taken a train or had someone visit them by train, or even passed by a train station probably knows the acronym SNCF (Société Nationale des Chemins de fer Français).

But lots of other businesses and organizations have acronyms that aren’t widely known. In fact, this online glossary of acronyms and initialisms (sigles) counts a little more than 5000 of them in the professional world alone – that’s not counting other aspects of life, like communication, transportation, and everyday expressions.

Add to this the fact that some acronyms overlap. An acronym used in one field or by one very local company, may also be used to mean something completely different in another field or another place.

Still, no one’s looking for a way to improve this confusion. After all, theoretically, acronyms make it a lot easier to express a long name or idea. And the French love efficiency (even when it ends up being a bit bungled by reality and human nature).

How can you remember French acronyms?

It may seem daunting to remember acronyms in French, but the good news is that the more you’re exposed to French, the more you’ll come across the most important ones.

With that in mind, the best way to get familiar with French acronyms is to read and listen to French. Another way to practice is to try to incorporate some of the French acronyms on our list into your own conversations or writing in French.

Finding a French conversation partner can also be helpful – and don’t worry, they probably won’t assume that you know even the most obscure French acronyms by heart.

I hope this article hasn’t left you feeling HS. It’s true that there are a lot of French acronyms, but don’t worry; with time, you’ll get used to them.

Have you encountered any French acronyms? If it’s not on our list, feel free to mention it in the comments!