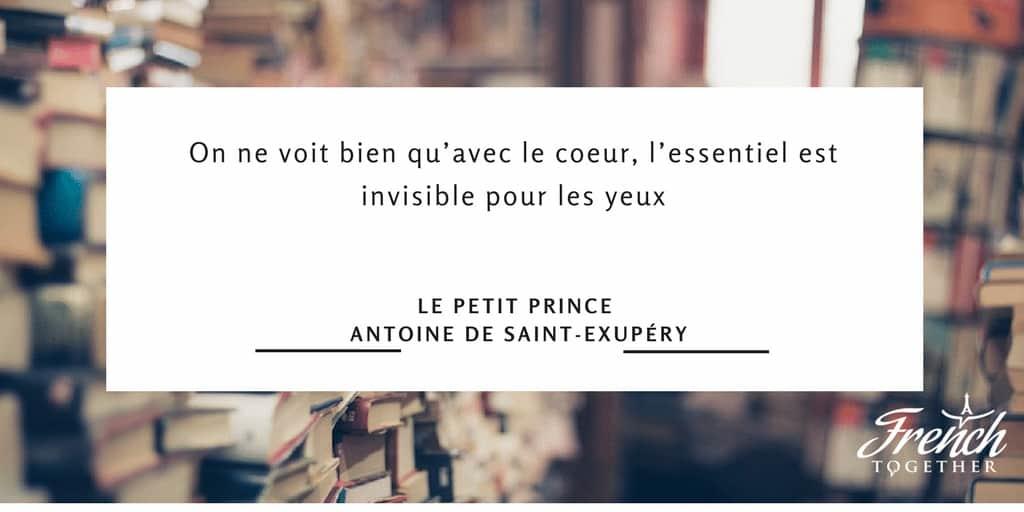 If you’ve ever opened Le Petit Prince, you know that French children’s books aren’t necessarily easy to understand as a French learner.

Many use the passé simple, a tense even educated French people struggle with.

Others use old-fashioned vocabulary you clearly don’t need as a beginner.

After thinking about all the children’s books I loved as a kid, I selected a few you can read and enjoy whether you’re a beginner or an intermediate French learner!

The beginner children’s books I selected are mostly written in the present tense and use vocabulary from everyday life which makes them relatively easy to understand.

This classic series of French children’s book relates the adventures of Nicolas, a French boy living in a French city in the sixties.

Made up of short humorous stories about Nicolas’ first love, his interactions with other students or his troubles with his parents, and full of beautiful illustrations, this is an easy read and usually one of the first books French learners read in French.

One of the books in the series was also turned into a movie: Les Vacances du Petit Nicolas.

Mes Premiers J’aime Lire is a magazine created specifically for children learning how to read whose goal is to turn them into avid readers.

The stories are short and sweet and all come with a CD you can listen to which is particularly useful to improve your pronunciation.

J’aime Lire is another collection created by Bayard Jeunesse, the editor of Mes Premiers J’aime Lire.

Created for older children, these books feature slightly more complex stories and vocabulary but these are still great choices if you’re a beginner.

What kind of job should I do when I grow up? How to deal with the death of my beloved dog? I’m in love, what should I do?

These are just a few of the questions Max and Lili try to answer in this series of books.

The everyday situations and language make it an excellent series of children’s books to get used to the French language as it’s truly spoken.

Bosley’s New Friends is a dual language book where you follow the adventures of Bosley, a bear who struggles to understand what other animals say as he learns to speak their language.

The simple phrases, illustrations, and line-by-line translations make it an excellent book to read for French learners and parents who want to convince their children of the importance of language learning.

Everybody is talking about a masked vigilante in Framboisy school. Ficelle, Françoise, Boulotte and Isabelle decide to investigate.

What the group of friends doesn’t know is that the vigilante may be one of them.

While the original books in the Fantomette series were using the “passé simple” tense, the new editions mainly use the present tense which makes them much easier to read.

Ratus is the series of books French children use to learn how to read. It relates the adventures of Ratus, a cheese-loving rat who also likes to cheat at games and go on adventures of all kinds.

The Martine book series is a series of French children’s books many French boys and girls grew up with.

Each book is dedicated to a new event in the life of Martine, a stereotypical naive countryside girl from Brittany.

These are books that are much harder to read because they use the “passé simple” tense as well as more complex vocabulary.

As a French learner, you most likely don’t need to learn the “passé simple” because this is a tense few people use in real-life.

In fact, I still remember hearing my University professors recommend us not to use it during our exams because “most students make mistakes when they use this tense”.

Yes, they were asking native French speakers not to use the passé simple because it’s too complicated!

My recommendation: translate what you don’t understand but don’t try to memorize the passé simple conjugation.

Even though it’s a children’s book, Le Petit Prince is a terrible choice of first French book to read.

Don’t get me wrong, it’s an amazing book and I have fond childhood memories of my time reading it and playing the video game it inspired.

It’s full of lessons about friendship and life like “On ne voit bien qu’avec le coeur, l’essentiel est invisible pour les yeux.” (we only see well with the heart, the rest is invisible to the eyes).

But it’s also full of complicated vocabulary and tenses like le passé simple that aren’t used at all in spoken French.

Which is why I encourage to wait to have reached an intermediate level to read it and truly enjoy it.

If you’re still a beginner and find the book too complicated, check out the movie!

Starting with its title in which “lisse poire” (smooth pear) replaces the similar-sounding “histoire” (story), this books has charmed thousands of French people with its puns and twisted words (mots tordus).

The Prince de Motordu lives in a chapeau (hat), wears a chateau (castle) on his head and definitely struggles with all those similar-looking (and sounding) French words.

This is the book for you if you’re looking for a challenge and would like to discover all the numerous French words that look almost identical despite their dramatically different meanings.

As a kid, I remember loving the mysterious story of la sorcière de la rue Mouffetard (the witch of Mouffetard street) and other magical tales dedicated to the people living near rue Brocca in Paris.

Between an old witch who just discovered a formula to become young again, Scoubidou, a doll which can see the future and the strange story of Lustucru, this book will fascinate you from the first page to the last and make you forget you’re reading in French.

Delphine and Marinette, two school girls living in a farm team up with speaking animals to fight the oppression of their strict parents who see the animals as nothing more than objects to be used and eaten.

Called a mix of Le Petit Prince and Le Seigneur des anneaux (The Lord of the Rings) by some readers, Voyage au pays des Arbres invites you to follow a bored boy who decides to enter a mysterious forest and discover all the life and magic hidden behind its tall trees.

The boy quickly becomes friend with the trees and discover that they’re much more than simple pieces of wood.

Often available in several languages, these books are ideal to practice your French and discover new words and expressions.

You can also find a good selection of French children’s books on the following websites:

What’s your favorite French children’s book? Answer in the comment section below!