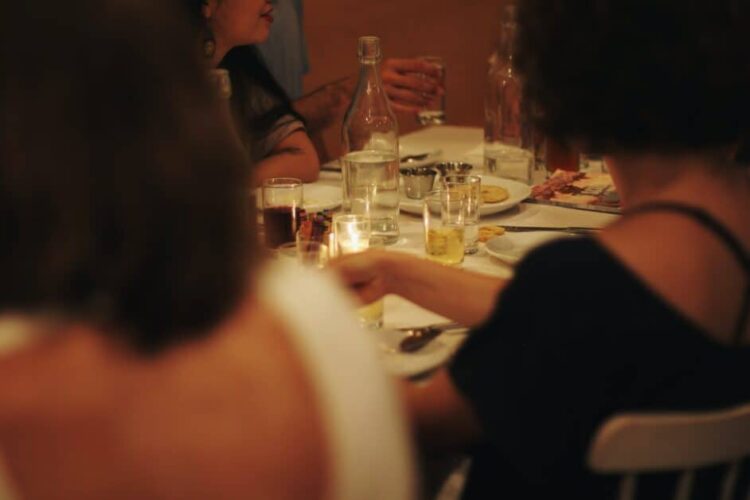 It’s finally happened: You’ve learned enough French that you can carry on at least a simple conversation with a French person! Félicitations !

But now that you can do it, you may be wondering how to go about it.

The most useful French conversation starters and topics

When it comes to striking up a conversation with a French person, the most important thing to remember isn’t “French”, but “person”. There are several common situations, subjects, and circumstances that can be good conversation starters with just about anyone.

Here are some of the most useful French conversation starters you can use:

There are, of course, many more ways to start a conversation and lots of great topics to discuss, including:

You might ask about a monument, a restaurant recommendation, or if the person likes or knows the place you’re in.

This could include a movie or play you’ve just watched together, an exhibit you both visited, a place you’ve both been, etc.

This could be about just about anything, from a menu choice, to a restaurant, to a travel destination, to a shop….

Asking about someone’s pet or child

French people have a lot of paid time off and often travel. That said, keep in mind that not all people can afford to travel.  So it might be good to start with a question like:

Other vacation-related conversation starters include:

Ah, the universal conversation topic! Unlike the British, the French aren’t particularly known for discussing the weather with frequency, but it’s always a pertinent topic to at least mention and briefly discuss, especially if the weather is particularly unusual.

The reason to ask this latter part is that most French people don’t have air conditioning, so their response will usually be interesting; either a miserable Non or an explanation for how they kept cool. If this includes a recent air conditioner purchase, you’ll probably find additional directions to take the conversation (the conveniences and inconveniences of having one, etc.)

This includes where to find something, bargains, etc.

Be aware that while it’s very common to share what you do for work, it’s considered rude to talk about money/salary in France, at least in general conversation.

Conversation starters for talking to children

Some people freeze up when they have to talk to kids, but remember that it’s similar to talking to adults. Focus on interests, work (well, in this case, school), upcoming or future plans, and shared experiences. In addition to many of the previous examples on this list, you could also ask French kids things like:

You might have noticed that all of these examples only use tu. That’s because you only address young children with this pronoun. Use vous only if you’re talking to multiple children.

If you’re able to have a conversation in French, you’re probably familiar with how to ask questions in French.

Still, while the typical technique of adding the phrase Est-ce que to a statement may seem easy enough, it’s possible that you’ll get nervous when you’re on the spot. Fortunately, there are lots of ways to ask questions in French, and some of them are especially good to know if you’re in a bind. These include:

An alternative structure is to use penser de + quelqu’un/quelque chose. This eliminates the need for the en, which is a replacement for that specific thing or person.

You might be wondering why the question phrase n’est-ce pas isn’t included on this list. As I was surprised to learn when I first came to live in France, this phrase is considered a bit formal and old-fashioned in everyday conversation.  You may come across it in things like televised debates or movies and books, but generally it’s best to opt for something else. That said, if you’re having a conversation in French and this phrase is all that comes to mind, you will be understood if you use it.

Another thing that will help with asking questions in a French conversation is to be familiar with these common French question words:

There are variations of many of these, but at least knowing the ones here off the top of your head will give you some extra ammunition and inspiration when it comes time to striking up a conversation – or keeping one going.

In addition to knowing some conversation starters, when it comes to having a conversation in French as a non-native speaker, there are a few strategies that can help things go smoothly:

Our list of French conversation starters gives a good idea of general topics that could work with most people, regardless of their nationality or cultural background. In addition to those, here are some topics that most – but keep in mind, not all – French people will usually enjoy discussing:

Okay, this one is already mentioned in our list but it’s such a good one that I wanted to include it here as well. French people have a lot of vacation time, and a recent study ranked them among the top five nationalities that travel the most. If a French person isn’t able to travel, you could ask them about places they’d like to go.

The French tend to be very well-informed about national news and international headlines, as well as general issues faced by different cultures. As someone who prefers history and celebrity gossip to depressing headlines, I’m often caught off guard when a French person asks me about a news story from the United States.

They may also ask me about an issue in my native country, like gun control. This is usually done in a neutral way, more like, “What do you think about the gun control issue?” rather than “What’s your position on gun control?” or “Have you ever owned a gun?”, although it depends on the person.

If you want to ask a French person about current events, remember the same rule: Keep questions neutral and be open-minded.

So instead of asking things like “Who did you vote for in the last election?” or “I don’t like your President,” say something like “What do you think of the political environment right now?”

Or “In your opinion, who will win the next election(s)?”

Or “What do you think of Macron?”

The region a French person is from or grew up in

Or “Do you like living in___?” (Est-ce que vous aimez vive en  Auvergne ?/Est-ce que tu aimes vivre en Auvergne ?) will probably give you some interesting answers.

Again, keep in mind that not all French people will enjoy talking about these topics. But as a general rule, bringing up at least one of them will usually lead to an interesting conversation.

In the previous item on this list, I gave three topics that most French people like to discuss. But what trumps them all is a shared interest. For instance, I have many French friends who avidly follow politics, but they also love movies and art. Since those topics interest me more, and since they might specifically want to talk about a film they’ve seen or an exhibit they went to, we can just as easily talk about them.

In some situations, of course, it may even make sense to talk about a common interest. If you’re watching a football match, for instance, you’re probably not going to randomly bring up travel plans (well, depending on the context, I guess).

Know which topics to avoid.

Conversation is all about your partner, so if you get the sense that there’s something they don’t want to talk about, don’t push it.

Also, there are some topics that should generally be avoided in polite conversation in France. Most notable among these are money (how much something costs, how much money someone makes, etc., unless the context calls for it) and religion.

Don’t be afraid to say you don’t understand.

If a conversation starts getting a little too involved for your vocabulary level, or if the other person spoke too quickly, don’t be afraid to say something like “Désolé(e) mais je n’ai pas compris”. People will be sympathetic – after all, you’re a non-native speaker who’s brave and talented enough to carry on a conversation with them – and will slow down and repeat, or else try another tactic.

This article lists some additional strategies for how to deal with challenges in French conversations.

This is the best way to improve your French conversation skills. You’ll increase your vocabulary, learn and hone grammar skills, pick up on cadence and common oral expressions — and you may even discover some new conversation topics along the way!

You can check out our list of free ways to learn and practice French to get started.

Of course, actually having conversations in French is key, as well. If you’re looking for someone to practice with, here’s our list of apps and sites where you can find a French conversation partner.

The most important thing to remember about having a conversation in French is that it’s just that – a conversation. You’ll be talking to a human being, not a mean robot who expects you to speak perfect French or always say the same thing. So don’t be afraid if you make a few mistakes, and if you get the impression that there’s something else worth discussing, try going off script and bringing it up.

It may feel intimidating to strike up a conversation with someone, especially in a foreign language. But I promise it’s worth it. Speech is what makes us human, and sometimes even the shortest exchange of words can create a connection and memories that will last long after the conversation is over.