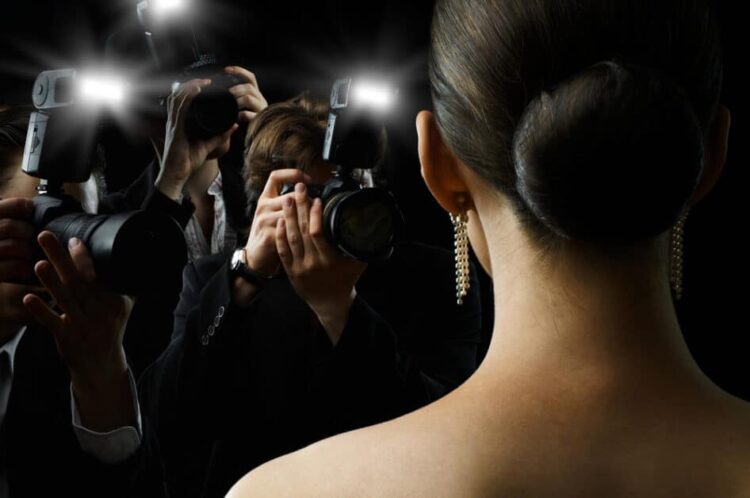 As Hollywood gossip magazine Us Weekly famously puts it, “Stars – they’re just like us!”

While that may not always be accurate, one thing is for sure: There are lots of celebrities who’ve learned or are learning French – just like us!

Here are twelve celebrities who speak French. Some of them you may already know about, but others will probably come as  a total surprise.

Born in Los Angeles, Jodie Foster entered showbusiness  at an early age. But while she was busy acting in numerous projects, she also went to the Lycée Française de Los Angeles, where she learned to speak French fluently. Foster is such a good French-speaker that she even dubs herself in the French version of her films! Her language skills are greatly admired by the French, and rightly so.

Although Foster has a very slight American accent, she speaks French so well that when I played the audio of this interview for my French husband, it took him a while to realize that the person talking wasn’t a native French speaker.

British actress Kristin Scott Thomas is another linguistic chouchou (teacher’s pet) of the French. Married to a Frenchman for a few decades (they’ve since divorced), she’s lived in the country for most of her life and holds French citizenship. Although she has a slight British accent when she speaks, her French is fluent and precise. She often acts in French films, and is at ease in long conversations on radio shows, as well, as you can see from this video of an interview she gave a few years ago.

Kristen Scott Thomas’s fellow Brit and Four Weddings and a Funeral co-star Hugh Grant is also a French speaker, thanks to his French teacher mum. Although he’s not quite at the level of Kristin Scott Thomas, he does very well in interviews with the press, where even his charm translates.

Amazing athlete Serena Williams is also a French-speaker. She learned  to speak the language as a teen, when her rising tennis career made it seem quite useful. And it would pay off, as you can see in this video of Serena speaking to the audience after one of her French Open wins.

Although her French isn’t flawless, she still goes forth and gives it a shot. Her personality outshines any mistakes or lack of vocabulary she might have – that’s so much better than staying silent.

All-American actor and director Bradley Cooper learned French in college and is considered a fluent speaker today. He’s confident enough to do interviews in French, and he handles himself quite well! For instance, here he answers fan questions in a roughly 25-minute interview in French. It’s a tour-de-force for any non-native speaker: In addition to not always having to speak on the same subject, and having to speak for so long, he also has to be able to understand what the French interviewer is saying to him. Chapeau.

Joseph Gordon-Levitt is a Francophile who studied French poetry at university. He not only played a Frenchman in one of his films (highwire walker Philippe Petit, in The Walk); he also speaks French really well, himself! You can hear him being interviewed in French about The Walk in the video below.

And here’s another video where he answers questions from French fans.

Interestingly, in the latter video, he probably had time to read the questions and prepare his answers, but his accent and vocabulary are not as strong as they are in the first video, which seems to be a spontaneous red carpet encounter. This is an excellent reminder that no matter how good you are at speaking a foreign language, and how prepared, you may just have good and less-good days , and tant pis! It’s all a part of the experience.

German actress Diane Kruger has strong ties to France. She started learning French for her modeling career and ended up using it in films as well as her personal life – she was married to French actor/director Guillaume Canet from 2001 to 2006. The French people I know tend to think of Germans as very skilled with foreign languages, and while Kruger has a slight accent, her words are well-articulated and -chosen, as you can hear in this interview.

Okay, this one might seem obvious,  but then again, just because an American has a French-sounding name doesn’t necessarily mean they speak French. So in case you were wondering, Timothée Chalamet is indeed a French-speaker. Chalamet’s father is French, and the actor spent his summers in a town near Lyon. You can hear him speaking French in this video.

Personally, while he speaks flawlessly and naturally, I find that there’s a lack of depth to his vowels, as if growing up mostly in the US and speaking English a majority of the time has influenced his accent. Still, in terms of vocabulary and ease, his French is like that of a native speaker.

Let’s go from a young star to a dearly departed Hollywood legend. Audrey Hepburn was born in Belgium to a Dutch mother and Austro-British father. Although her most iconic roles are ones in which she speaks English, Hepburn spoke six languages, to varying degrees of fluency. You can hear her speaking several of them, including French, in this video. She learned French due to the places she lived (her parents moved around a lot) and seems to have mastered the language.

Another multi-lingual actor on this list, Viggo Mortensen is a Danish-American actor. He decided to learn French (and a few other languages) to help his film career, and he was quite successful, as you can see in this interview. Although he has a slight accent, he speaks naturally and has a great vocabulary level, and really, his pronunciation is pretty impeccable for a non-native speaker.

Fans of the French Netflix series Dix pour cent (Call my Agent!) were surprised and delighted to see Sigourney Weaver as a guest star on one of the episodes – and she spoke a lot of French, besides! You can find a few examples of her dialogue in this episode preview.

Weaver began learning and speaking French in the 1980’s, and even co-starred in a French film with none other than Gérard Depardieu. Although videos and her role in Dix pour cent (which is an exaggerated portrayal of herself) don’t make it seem like she’s got an extremely high level of French, she seems to do just fine, and the French are quite charmed by her use of Americanisms and the way her personality shines through her words.

We associate J.K. Rowling with the English language so closely – after all, her Harry Potter books are record-breaking bestsellers that are not only written in English, but are chock full of British traditions, sayings, and culture. But Rowling also speaks fluent French.  She holds a degree in French from Exeter University and spent time as a student and, later, working, in Paris. She also taught French for a time.

You can hear her speak French in her acceptance speech for the ultimate French award, the Légion d’honneur (start at the 7:03 minute mark).

Rowling speaks very well and uses an extensive amount of advanced vocabulary and grammar – but she starts her speech by excusing herself in advance for her accent and any mistakes she’s going to make.

If you also feel intimidated about these things when it comes to speaking French, explaining and apologizing in advance is an excellent strategy. It makes the experience of communicating in French much less stressful. Personally, I often do this when writing formal correspondence in French or reaching out, especially in a professional context, to someone I don’t know.

Who are some other French-speaking celebrities?

You can find a number of other celebrities who speak French by doing an online search. Also check out some of the links in this very article – several lead to lists that feature additional French-speaking stars.

If you want to know howa celebrity learned to speak French, I suggest starting with the Wikipedia article dedicated to them.

Feel free to share your discoveries in the comments section, especially if one of them surprises you!

How good are these celebrities at speaking French?

Some of the stars on this list speak French better than others, but that’s a good thing! It shows that no matter your level of French, or how good your accent is, people appreciate and are often downright impressed when they hear you speak their native language.

So, if you feel comfortable speaking French, don’t get caught up in worrying about small mistakes you might make. Take a chance, put yourself out there, and you might become a star in your own right!