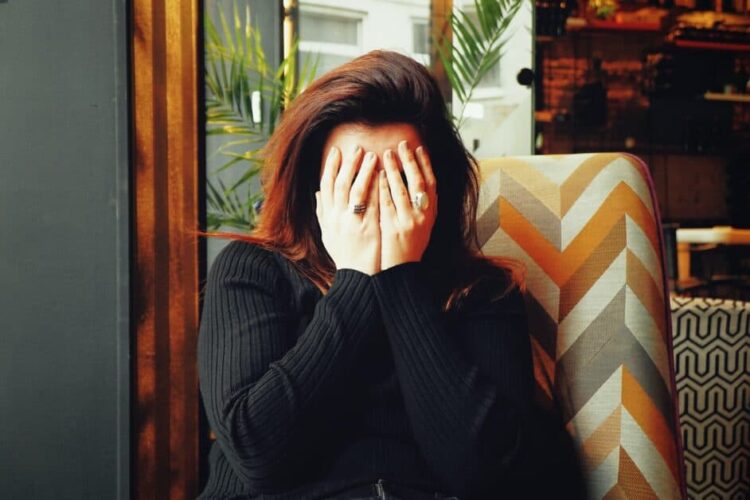 Translation seems like such an easy thing. For instance, gâteau becomes “cake” — et voilà!  ….Or maybe I meant to say “cookie” because gâteau could mean that, too….

Yep, translation can get complicated, even when it involves a single, common word. Still, I’m not sure that excuses the people (or machines) behind these thirteen French translation fails.

I’ve scoured the web to find some bad French translations, either from French into English or from English into French. You can see the original source or image by clicking on the links.

Note: A few of these, as well as others you’ll find by following the links, are NSFW!

What it should say: Saucisson polonais (Polish sausage)

What went wrong: The translator (or translation app) translated for the wrong meaning of “Polish” in English.

What it should say: Crème brûlée

What went wrong: This is a case of over-translation! Either the person who translated the dessert menu this fail comes from didn’t know that crème brûlée stays the same in English, or they plugged the entire menu into a machine translator and as a result the dessert was translated literally.

What went wrong: The translator didn’t know what do to with the word “baby”, which in English is a way to indicate a small portion size. In French, bébé is never used this way, so anytime it’s associated with food, it seems like the food in question is an actual baby.

What it should say: Concombre au vinaigre or even, simply, Cornichons

What went wrong: No list of French translation fails would be complete without an appearance by the most embarrassing faux-ami of all time. While a preservative in English refers to a chemical used to preserve food, un préservatif in French is a condom.

But when it comes to this particular translation fail, there’s a twist: It turns out that the English phrase on this Chinese product would have been better translated as “pickled cucumbers”.

Translation: Anyone obeying the swimming pool regulations may be required to leave

What it should say: Anyone disobeying the swimming pool regulations will be required to leave

What went wrong:  The key problem, which may have made you laugh out loud, is “obeying” instead of “disobeying”. The sign takes an expected statement and turns it on its head, probably because the person who typed up this swimming pool plaque thought they knew the right word, but were three letters short.

Translation: Expensively customer; You have to reserve or call a taxi/Thank you to compose: [phone number]

What it should say: Dear clients, You must reserve or call for a taxi/Please dial [phone number]

What went wrong: This may have been a very bad machine translation, or it could have been someone with a working knowledge of English who translated word-by-word without context by looking in a dictionary or using an online translator.

After all, cher can have a number of meanings, including “expensive” and “dear” – the context is what’s key here. “Compose” is a classic case of a faux-ami, a word that looks the same in both languages but has different meanings. Additionally, of course, there is some incorrect grammar, such as “Thank you to”, but that could be much more easily overlooked and understood.

Translation: Attention!!!! Has the last step by coming down….

What it should say: Caution! Watch out for the last step when you come down the staircase.

What went wrong: I can’t explain it any more succinctly than a commenter in the article where I came across this mistranslation: “Ah the difference between a and à. The accent does not show in the capital letter and leave it up to google translate to [#%#*] up the rest for you.”

In addition, the translation app also had problems with en descendant, which in this case would be better translated as “when you come down”.

What went wrong: The phrase en cours d’aménagement can be tricky to translate, since aménagement can mean anything from “planning” to “construction” to “adjustment” to “setting up”. The best way to translate this accurately would be to know exactly what was going on in the room. Is it being renovated or set up  in a new way (as in a multi-use conference room, for instance)? The easiest solution would be to make your sign say “Room temporarily unavailable”.

Original: We kiss as we get close!

Translation: Nous baisons quand nous sommes proches (We fuck when we are close)

What it should say: Rapprochez-nous et nous nous embrasserons ! (Put us close together and we’ll kiss!)

What went wrong: I’ve written about the dangerous word baiser before.  As a noun, it means “a kiss”. For instance, C’était mon premier baiser. (That was my first kiss.) But when it’s a verb, things get a little less innocent. There are some exceptions, but most of the time in contemporary French, the verb baiser means “to fuck”. Sorry for the vulgarity, but you can imagine why using this verb on packaging for a children’s toy featuring two adorable bears is especially shocking (or hilarious, depending on your sense of humor).

What it should say: Sèche cheveux

What went wrong: The translator confused two similar French words: chevaux (horses) and cheveux (“hair”). To be honest, this is a pretty easy mistake to make. I have to confess that even though I’ve been fluent in French for years, on rare occasions, I still sometimes confuse these two! That said, it’s surprising that it went unchecked on professional product packaging.

What it should say: Pelle à neige

What went wrong: I’m surprised that no one at the company who created this packaging noticed this egregious translation fail. What happened here is that a machine must have translated “pusher”in the sense of “drug pusher”. It does seem a bit far-fetched, but then again, translation AI is said to learn from users’ responses and documents, so what does that say about us?  Or maybe the translator was just really familiar with the movie Mean Girls.

Some other funny French translation fails

What it should say: To laugh really hard/To laugh my ass off

What went wrong: This translation fail, the result of inputting an idiomatic phrase into an online translator, isn’t the same as the others on this list because you may have noticed that technically, it’s more or less correct. The problem here is that the machine-generated translation simply produced a literal interpretation of the words. But a native speaker would know that se taper le cul par terre is an expression that has  another, figurative meaning. This fail shows one of the biggest issues with translation apps: no matter how good technology gets, machines still have problems with translating figurative language.

Translation: Hi, the honey. You want a lunch?

What went wrong: This subtitle from the series Desperate Housewives has a few problems. The most noticeable is of course the use of le miel for the term of endearment  “honey.” In French, this word isn’t used this way. There are a few terms of endearment you can choose from, but chéri is the most common.

Many native French speakers would also be struck by the use of vous with this term of endearment; if you’re calling someone “honey”, you probably know them well, to say the least, and so should be using tu instead. These two errors seem to stem from a translation ‘bot. But the last one, un dejeuner,  is a bit harder to understand. I can only guess that the ‘bot got confused by “some lunch” and just went into un by default?

Why do French translation mistakes happen?

How to avoid French translation mistakes

As we can see from many of the examples in this article, not everything can be translated word-for-word. Instead of trying that, think about the idea(s) you’re trying to convey. They may involve totally different vocabulary.  For instance, the uber-polite French phrase merci de bien vouloir… would be directly translated into English as “thank you to well want…” But if you’re familiar with this phrase, you’d simply say something like: “Please be so kind as to….” or simply “Please”, depending on the level of formality required.

This includes reading, writing, listening to, and speaking French as often as possible so that you’re familiar with it. Many of us tend to translate word-for-word. The more familiar you get with another language, though, the more you’ll naturally correlate its turns of phrase and different expressions to your native language, which will make translation a lot easier.

Hire a professional for important translations

Professional translators know their stuff.  Not only are they fluent in the languages you’re dealing with; they’re also familiar with specific terminology.

Have a native speaker look over your work

If you can’t afford a professional translator or aren’t doing a translation that would require one, see if you can find a native speaker to look over your work. If you don’t know any native French speakers, you may find help in online forums like Word Reference or Reddit. Some language exchange sites also allow you to ask questions to the community. Of course, these replies aren’t guaranteed to be accurate, and don’t expect people to correct or even look over a very long document, but generally speaking, people on forums can be really helpful.

Compare your work with something that already exists

For instance, if you’re translating a menu, look up French or English menus online to see the terms they use for different dishes. You can also look up specific foods, drinks, and dishes in your native language on Wikipedia and then switch to the page in the other language to see what’s likely to be the most common term for them. Or run a quick online search for specific words and phrases and see what comes up.

For instance, if you want to translate phrases that give customers instructions, look up lists of vocabulary to show politeness, give directions, or are used in the hospitality industry.

These are just a few ideas. Besides working with a professional translator, none of them are certain to succeed, but they’re all better than just winging it if you’re not sure what you’re doing, especially when it comes to an important translation.

Have you come across any funny French translation fails? Do you have any tips for translating from English to French or from French to English? Feel free to share in the comments!