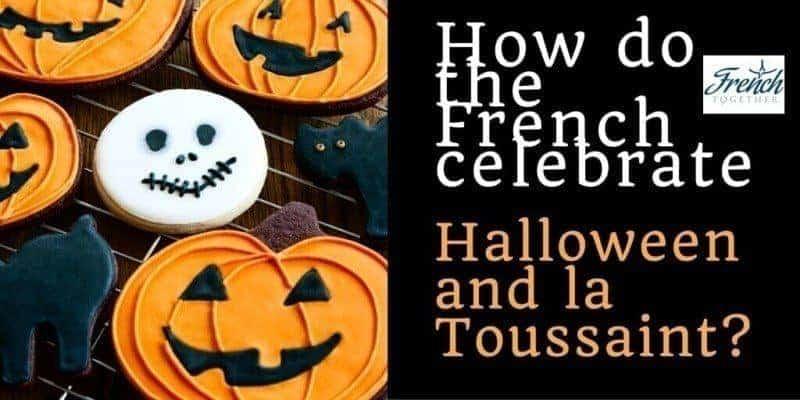 The French Halloween celebration is very modest compared to the American one, but this doesn’t mean nothing happens.

Today you’ll discover what French people do on Halloween and what la Toussaint is all about.

Contents
1 What’s the origin of halloween?
2 How do the French celebrate Halloween?
3 What about la Toussaint?

What’s the origin of halloween?

The origin of Halloween is unclear. Some scholars believe it comes from the celtic harvest festival that was celebrated in Britain, Ireland and France while others think it’s a purely Christian tradition.

Whether it has a pagan or Christian origin, one thing is certain: Halloween is far more popular in the US than inFrance.
In France, Halloween is perceived by many as a commercial event whose only goal is to bring more money to businesses. It’s also a controversial day for some Christians, who consider that it overshadows more important celebrations such as la Toussaint or la Fête des morts.

How do the French celebrate Halloween?

For Halloween many French children go trick or treating or simply organize parties at home. The French love to wear costumes and halloween is a great occasion to dress as a zombie, vampire or other scary creature. Some people also watch horror movies with their friends or family to celebrate Halloween. I remember going treat or tricking with my cousins when I was a kid. Since Halloween isn’t very popular, many homes didn’t have any candy for us. But we still had fun,

What about la Toussaint?

La Toussaint is a Christian celebration happening on November 1st and a bank holiday.

While the day is traditionally the day where you celebrate all saints, for many (including non religious people), it’s most of all the occasion to remember the dead and bring chrysanthemum to cemeteries.

That’s why you can see chrysanthemum for sale everywhere in France on la Toussaint.

While chrysanthemum are a symbol of happiness and joy in countries like Japan, they’re traditionally associated with death in France.

Think about that next time you want to offer flowers to a French person.

Have you ever spent Halloween or la Toussaint in France? How was it?