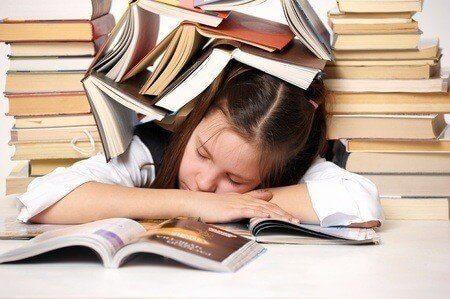 Grammar is one of the most terrifying aspects of the French language. In fact, it’s the reason many learners give up. But it doesn’t have to be that way. French grammar isn’t that complicated. All you need is to start the right way and follow a few important rules.

Contents
1 Why study grammar?
2 3 grammar Tips for beginners
3 Remember
4 Over to you

In the life of every aspiring linguist, there comes a time when you just can’t hide. You have to look things in the eye, take a deep breath and face your foe: The verb table!

Most language learners have told me about the feelings of dread and boredom that overcome them when they are faced with those rows of words lined up like an army of incomprehensible codes.

But I want to admit to you that there’s another feeling that I get from opening grammar rules.

For me, verb tables and rulebooks are a calming influence. They bring a reassuring sense of order to the chaos and overwhelm of immersion learning. When you just can’t even begin to understand what someone is talking or writing about, the grammar rules are where you can start making sense of language.

I remember very well when my appreciation for grammar started. I was 15, earning extra money by tutoring younger students with their French homework, and found myself explaining the passé composé.

And while I was looking at all those tenses, the plus-que-parfait and the imparfait and the whatnot, I realised that these are actually the same structures that I already know. It was a real “Aha!” moment, a result of all those years analysing German sentences (in primary school, German kids learn about subjects and objects, I kid you not) and English rules when I just realised that I get it now.

Grammar is a not a burden, it’s a support system and not a foreign one at that. If you are a native speaker of any European language (save the Finno-Ugrian language family perhaps, you are starting with a native language structure that reoccurs as you learn French. Learn how language works, and you’ll know how French works.

The most important key to turning grammar into a support and not a burden is to be aware of the point in time when it makes sense to study the rules. I believe that studying a rule by itself doesn’t serve anyone, and that the more context you add to it, the more useful it is going to be.

For example, in my Udemy course on French Grammar, I made sure that every single rule is explained in the context of what this would mean to an English speaker. I found that too many grammar courses give a learner the rules and the examples, but they don’t ever tell you why you would start working with that expression in the first place. For me, it’s different. If you integrate a new rule as the answer to the question “How would I say this in French?”, you’ll start unlocking the ways in which languages make sense.

In today’s article, I want to share three very simple starting points that any beginner can use to make instant progress in their French grammar study.

1) Ignore Gender at Your Peril

In French, words have one or two genders: masculine and feminine.

Every noun that you learn comes with a gender, and one of the tougher concepts for English speakers is that this applies even to words that are inanimate. Heck, it even applies to things that aren’t things!

Amour (love),jalousie (jealousy) and chômage (unemployment) are just a few of the concept words that still come with a gender. The same goes for chaise (chair), bouteille(bottle) and sac (bag).

In French, there are few exceptions and as a beginner it’s important to be aware right from the start that learning the gender of a word is not one of those rules to be ignored easily.

In French sentences, the article of the word (that’s the equivalent of your English word “the) is mentioned all the time.

Articles change depending on the gender of the word. Even more importantly, the gender influence will come back once you start describing words.

French adjectives perform an act called “agreement” when they stand with a noun, which means they change to reflect the gender.

In conclusion: If you’re ever to make a correct sentence the articles will need to match word genders.

Luckily, there are some regularities to rely on when predicting the gender of your next French words. Refer to these predictable patterns and for any word falling into this pattern you’ll easily be able to predict the word’s gender. Or go with what my lovely French teacher used to say: “If it’s a bad thing, it’s probably masculine!”*

If you’re a new French learner, there are two pretty nasty verbs you’ll have to use from the first day. They are avoir (to have) and être (to be) – it’s not all that possible to put together too much of a basic introduction without them, so that’s just one to swallow.

But fear not. Être and avoir are very irregular — they really don’t have too much of a predictable pattern in the way they change in sentences and leave language learners with a real fear of the verb table. But beyond those two, things are actually pretty ordered and predictable in the world of French verbs.

How do verbs work then?

The important thing to understand is “conjugation”, which describes the way that a verb (doing word) changes to reflect who’s the main actor in any sentence. Conjugation is what’s behind the change from “I do” to “he does” in English, so again the concept’s not actually a French thing. It happens in most European languages.

In French, you can group your verbs into three different groups which keep repeating the same endings and reliably change in the same way. They are identified by how they end in the infinitive, that’s the way a verb appears in the dictionary. To get a sense of this, look up three words: “to finish”, “to love” and “to wait”. You’ll see that these three have three different endings. Those endings (-ir, -er and -re) are letter codes hinting at the pronunciation family the verbs belong to. Once you train yourself to recognise the codes and endings that keep reappearing in the verb family, it will be an invaluable help for putting together sentences exactly like a native speaker.

I told you! Verb tables are back! You can view those regular endings I mentioned online at about.com, or in an edition of the Bescherelle, France’s trustiest verb table directory. They even have a rather nice-looking app for the iPad.

3) Pronouns are the Best Thing You Can Learn About, Like Ever

Phew, so we’ve had verbs and nouns. No sentence would ever work without one of those two.

But before I leave you to grab yourself “un café au lait” (masculine!), let’s just step it up a little more for a minute. We said that grammar offers us rules and structure that makes describing the world around us so much easier. That’s why it always comes in neat and ordered tables.

To cover all eventualities in how you might want to express yourself, one of the most important tools is the table of pronouns. Pronouns exist in English, too — again, they’re such an integral part of languages that I cannot think of any human language that wouldn’t need to have those little words.

So what’s a pronoun thing?

A pronoun is the word that represents something unnamed in a sentence. If I didn’t have the pronoun for me, for example, my sentence “I’m hungry” would read “Kerstin hungry”.

You’d have to work out for yourself who Kerstin is. A dialogue between two friends might go “Gareth ask John hungry!” rather than “Are you hungry?” Pretty stone age, right?

So the seven words that help us communicate with sophistication are I, you, he, she, it, we, and they. And in French you need those too. A pronoun table is the structure at the heart of a verb table, and it’s what allows you to shift perspectives as you need as you speak.

If I woke you up at 2 in the morning and you were in a daze, you should still be able to rattle off these nine: je, tu, il, elle, on, nous, vous, ils, elles. Those are the subject pronouns, and for the start of your grammar journey they need to be 100% fixed in your mind before we go off exploring on objects or reflexives and all that. You can learn more about subject pronouns in my French lecture at Thoughtco.

There is never a wrong way to learn a language, and I definitely want you to bear in mind that grammar has its place in the learning journey.

It isn’t helpful to start swotting up on rules right from the first day, but once you reach that point where you start wondering “Why does it do that? Why am I getting this wrong?”, I’d say it’s time to grab a book.

Grammar is easiest when it’s explained to you by someone who knows what they are talking about and can give you lots of examples that are relevant for your own situations. Why not try a teacher, or if you want a friendly video to ease you in,

Whichever way you choose to move ahead, just don’t forget that you don’t have to understand it all first time. There’s plenty of time to study things again.

What are your main problems when it comes to learning French grammar? How do you overcome them?

Kerstin Hammes Cable runs the Fluent Language blog, has created her own video course about French grammar and also self-published books about language learning. Kerstin’s native language is German and she’s always on a mission to make complicated things a little more simple as a coach for language learners and teachers. You can find her on Twitter or Facebook too.