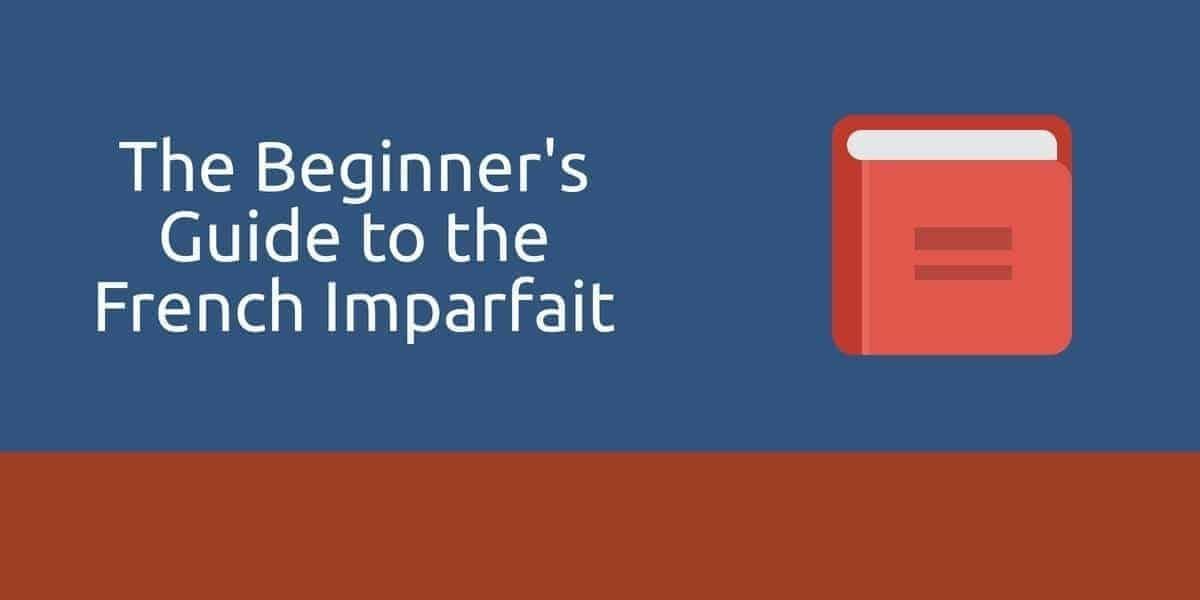 So, you’ve mastered the ins and outs of speaking in the present tense and you’re an old pro at the passé composé—what could possibly be missing from your repertoire of French language skills at this point?

If your answer to that question is the imperfect tense, bienvenue au club.

For one reason or another, the mere mention of  l’imparfait is enough to strike une peur bleue into the hearts of language learners. What is it? When should it be used? How many more irregular conjugations are there to memorise? (Hint: Just one!)

The simple reality is that mastering the French imperfect is one of the best ways to take your conversational skills from those of a bumbling tourist to those of an accomplished francophone. From recounting childhood memories to talking about what happened just yesterday, the imperfect will allow you to speak about the past with ease.

Buckle your seatbelts as we take a deep dive into the world of l’imparfait.

Table of Contents
What is the Imperfect?
The French Imparfait vs. the English Imperfect
Avoiding Common Mistakes when using l’imparfait

What is the Imperfect?

Along with the passé composé, the imparfait serves as one of the two most important past tense conjugations in French. In its simplest definition, the imperfect is used for describing events that have no clear beginning or end.

Of course, we’re talking about French grammar, so things do get a bit trickier from here. In addition to describing imprecise past events, the imparfait also covers routine events in the past. Moreover, the imperfect works directly with the passé composé when setting the scene before something else occurs.

Clear as mud? Let’s look at a few examples:

I was walking my dog.

There is no easily understood start or finish to this action, demanding the use of the imperfect.

I would spend my holidays at my grandparents’ home.

In this example, we understand that someone routinely spent their holidays with their grandparents.

I was speaking with my father when my mother came home.

Finally, we see how the imperfect explains what was happening when another event took place.

The French Imparfait  vs. the English Imperfect

Unlike the passé composé which has a direct equivalent in English, the imperfect tense doesn’t directly correlate with English.

In most instances, the past progressive in English expresses the same idea: I was + gerund. I was cleaning, I was speaking, I was eating…

The English imperfect also uses would and used to, when expressing things that were done in the past but are no longer taking place. For example:

I used to call my friend on the phone every day after school.

How Do I Conjugate the French Imperfect?

Chances are better than not that you’re already comfortable working with the present indicative tense. If so, conjugating l’imparfait couldn’t be easier.

Simply drop the “ons” from the end of the nous form of any present tense verb, add the right suffix, and voilà!

And for once in the history of the French language, there is only one exception to the rule. In this case its être, which does its own thing and uses the stem “ét.”

There are also a few rules you want to keep in mind. The most important thing to note is that verbs ending in -cer or -ger change spelling slightly for pronunciation purposes.

In the first case, the “c” becomes a “ç” before the vowel “a”: ils avançaient.

With verbs ending in -ger, an extra “e” gets added after your “g”: Je mangeais.

Have you ever heard the saying, “There are no mistakes, only lessons?”

Frankly, that expression doesn’t offer much sollace when you’ve just made a giant fool of yourself, so I think it’s even better to avoid making ridiculous mistakes in the first place. If you ever bump into me on the street, you can ask me about the time I mistakenly used the word baiser in conversation with a sweet little old lady at church in Paris. That was a lesson I’d rather not have learned the hard way.

Of course, misusing the imperfect isn’t anywhere near as bad as shocking une mamie with unintentional sexual references, but hey, you still want to do all you can to use the imperfect correctly.

The most common mistake French learners make in the imperfect? In fact, it’s often not using the imperfect at all! It’s not unusual to hear a foreign speaker accidentally use the passé composé in its place. (J’ai passé les week-ends à Paris pendant mon enfance.)

The easiest way to avoid this mistake? Keep an eye out for time clues! Lawless French has compiled a long list of words you can use to easily identify when the imperfect should be used and when you need the passé composé. Examples include phrases like tous les jours (often imperfect) and plusieurs fois (generally passé composé).

If you’re still struggling to wrap your head around how to use l’imparfait, cut yourself some slack. Like any other tricky concept (I’m looking at you, subjonctif!), it will take some time before you’re able to seamlessly pepper your speech with imperfect conjugations.

In the meantime, focus on getting clear on when using the imperfect is required. This should help things click into place, making you an expert storyteller in no time.

Adam Zetterlund is an avowed Francophile and linguistics geek. An alumnus of the American University of Paris, he devotes much of his time to crafting language learning content for fellow French lovers. Follow his blog to keep up with Adam's latest.

6 thoughts on “How and When Should You Use the French Imparfait?”