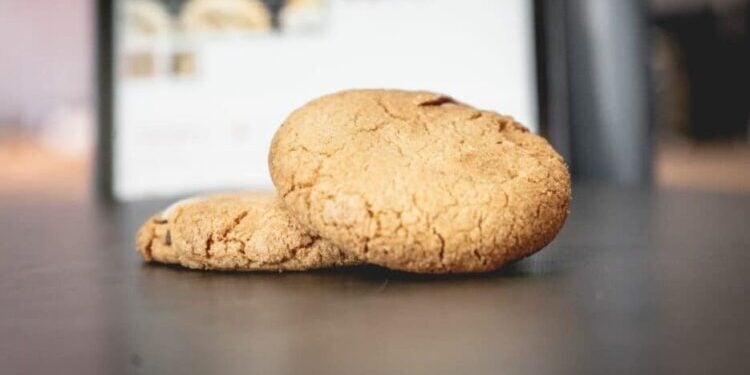 In a country famous for its pastries and viennoiseries, not to mention cheese, bread, and other goodies, French people have quite the selection of things to snack on! But there’s a twist: In France, it’s usually a no-no for adults to eat between meals.

On the other hand, French kids have their own special snack time: le goûter.

Let’s learn all about le goûter and take a nibble at some other French snack vocabulary. Since it’s a complicated issue, we’ll also look a little more deeply into the French attitude about snacking in general.

Table of Contents
What does le goûter mean?
What do French kids snack on?
Is le goûter only for children?
French snack vocabulary
Typical French snacks for le goûter and other snack times
The important thing to remember about snacks in France
How do you say that someone is a snack in French?
Should I have a snack if I go to France?
Why do French people dislike snacking?

What does le goûter mean?

Goûter is the French verb for “to taste”. But its noun form, le goûter, refers to snack time for children.

Le goûter usually falls around 4pm, and can be served to kids at home, at school, or during after school activities. Le goûter is a French tradition, and has been served nationally in schools and at after school programs since 1941.

Interestingly, le goûter can also mean the snack itself, and thus can be used with other articles and possessive adjectives. But le goûter is never pluralized, even when it’s referring to multiple snack items.

Here are some example sentences with le goûter:

Pour le goûter aujourd’hui, on a eu un gâteau et une compote. (For snack today, we had a cookie and applesauce.)

What do French kids snack on?

A typical goûter usually consists of cookies and some kind of drink – usually water. For a larger goûter, such as one served at an after school program, a piece of fruit is also often included.  A dairy offering, like a yogurt drink, might also be served.

Other popular goûter choices, especially for goûters served at home, include pastries and viennoiseries like pain au chocolat or pain au lait, or a piece of bread with some chocolate squares on it. Different varieties of applesauce, especially in drinkable pouches, is also a popular choice for the goûter.

Is le goûter only for children?

In France, the custom of having a late-afternoon snack evolved around the Renaissance (although people certainly snacked before), but the term goûter seems to have become popular in the 19th century.

In recent decades, snacking in France has become something looked down upon for adults. This is because the French are very strict about eating three meals a day: breakfast (le petit-déjeuner), lunch (le déjeuner), and dinner (le dîner). The idea is for these meals to be healthy and filling enough that you won’t need to snack between them. But there’s a lot more to why snacking is perceived so negatively in France. We’ll look at it more in-depth later on in this article.

Since kids use a lot of energy and also may not be able to consume large portions, they get a pass when it comes to having a snack. This pass is extended to certain adults, including people who are sick, elderly, or doing exceptionally hard physical labor.

Personally, I’ve always found the attitude towards snacking in France to be similar to that of smoking. There are even warnings about the dangers of eating between meals on the packaging of certain snack foods and advertisements. But smoking seems more socially acceptable!

Still, despite all this, many French adults do indulge in a snack from time to time.

Snack time for French adults isn’t usually called le goûter, though. Let’s look at a few other snack-related words in French, in the next section.

Although snacking is generally met with disapproval in France, it’s still pretty codified. There are several different types of snack time in French culture, and in addition to le goûter, a few of them are even socially acceptable!

Une collation is a socially acceptable snack, since it’s served in situations when such a thing would be considered appropriate. For instance, you might see a collation offered when someone is in the hospital for an outpatient procedure; for runners at a race; or during a long conference or meeting.

Typical food and drink served for une collation include cookies, fruit juice, hot drinks (coffee, tea, etc.), water, fruit, or pastries. Typically, une collation is very light, so you wouldn’t have all of these things on your plate at once.

Short for l’apéritif, this word l’apéro means pre-lunch or pre-dinner drinks and snacks.

L’apéro walks the line between an appetizer and a snack, but I’ve been in situations where it goes on for hours, with people having a few drinks and picking at offerings like nuts, potato chips (crisps) and slices of dried sausage.

You could see it as a lead-up to dinner, or maybe a pre-dinner snack! Either way, like le goûter, l’apéro is a beloved French tradition. Not all French people will always serve or partake in one, especially on a busy work night (although it does seem to be an integral part of the schedule of many older, retired French people), but it’s a typical way to while away a few hours on a slow day.

Un en-cas is a quick snack when you’re so hungry that even the general social disapproval of snacking between meals can’t stop you!  This kind of snacking may be understandable from time to time, but is typically discouraged in French culture.

Literally “a break crust”, since, in the past, French snacks often involved a piece of baguette, whether on its own or with cheese, chocolate, or some kind of spread. Today, snacks have diversified, although many French people will still opt for something with a baguette.

Example: Il s’est fait un casse-croûte. (He made himself a snack.)

Un casse-croûte is similar to un en-cas — that is, it’s an unscheduled snack that may be looked down upon if indulged in too often.

Yes, the French actually have a single word for this action, which is seen as a very bad habit.

The word grignotage is related to grignoter (to nibble). Canadian French speakers may also use another derivative, une grignotine (a snack food).

A French snack word faux-ami to watch out for

Not only does this word not mean “snack” in French; snack bars don’t just serve snack food, but often fast food-style meals as well! Example: Tu peux commander un burger au snack. (You can order a burger at the snack bar.)

Typical French snacks for le goûter and other snack times

Here are the most typical French snacks:

The important thing to remember about snacks in France

Whatever kind of snack you might partake in, snacks in France are typically very light affairs. For instance, a child’s goûter may consist of only a single pastry or a few cookies, with a yogurt and water. An adult might just indulge in a handful of chips or peanuts or a small slice of a part of baguette with a light spread on the top.

How do you say that someone is a snack in French?

If you’re a fan of American slang, you probably know that calling someone “a snack” means that they look really good/appealing.

There is no exact equivalent to “snack” in this sense in French, but there is a roughly similar expression: à croquer. Literally “to bite”, it’s sort of like saying someone looks “good enough to eat”.  Ex: Jude Law est à croquer. (Jude Law is a snack.)

Note that this expression can also mean “so cute I could eat him/her up,” so context can be helpful.

For instance: Regarde mon petit neveu, il est à croquer ! (Here’s my little nephew, he’s so cute I could eat him up!) vs. Son mec est à croquer. (Her boyfriend is a snack.)

Should I have a snack if I go to France?

As we’ve seen, there are certain snacking situations that are perfectly culturally acceptable in France, while others are not. That said, most French people I’ve come across are pretty live-and-let-live when it comes to snacking. So, if you’re hungry, go for it!

Why do French people dislike snacking?

Although not all people are the same, the French in general often have very strict rules about eating. For instance, if you go to a small town or village in France, most restaurants will be closed outside what is considered normal eating hours. French families will often strictly adhere to mealtime hours as well.

A lot of this is cultural, but as obesity rates have risen in recent decades due to things like the increasing availability of fast and processed foods, the French adherence to mealtime has also become a battle against weight gain.  French meals might often be rich, multi-course affairs, but to the French, eating outside mealtime hours seems like a dangerous, surefire way to gain weight.

Sadly, as in most places, the fight against obesity isn’t just health-related. There is an aesthetic element, as well, and also something else….

I’ve often wondered about the French view on eating and weight. I’ve done a lot of investigating, and I’ve come across a really interesting insight: for the French, weight management seems to be a physical way to show that you are responsible and in control of your life.

With all of this in mind, there is a really interesting paradox in French culture. I find that if a person has a skill or talent but is overweight, they may still be praised, respected, and even considered physically appealing in a different way by the French media. A good example of this is Gossip singer Beth Ditto, who was absolutely adored a few years ago and featured in Jean Paul Gaultier’s runway shows.

Sadly, however, there are many exceptions to this treatment, especially for female celebrities who gain weight — and , of course, many real-life French women who don’t fit the extremely thin mold.

Overall, I find the French at the very least to be more polite in public (not necessarily online) when it comes to people’s appearance, than people are in some other places. So if you’re overweight and traveling to France, don’t worry that people will openly mock or be unkind to you. If you show them respect and act respectfully, you will be treated respectfully, at least to your face. (Then again, this is a general rule for all travelers to keep in mind, regardless of their weight…)

And for what it’s worth, every French person I’ve ever spent time around has indulged in a snack, at least now and then. After all, regardless of societal pressure and expectations, we’re all human.

How is snacking seen in your culture? Is there a French snack food you’d like to try?