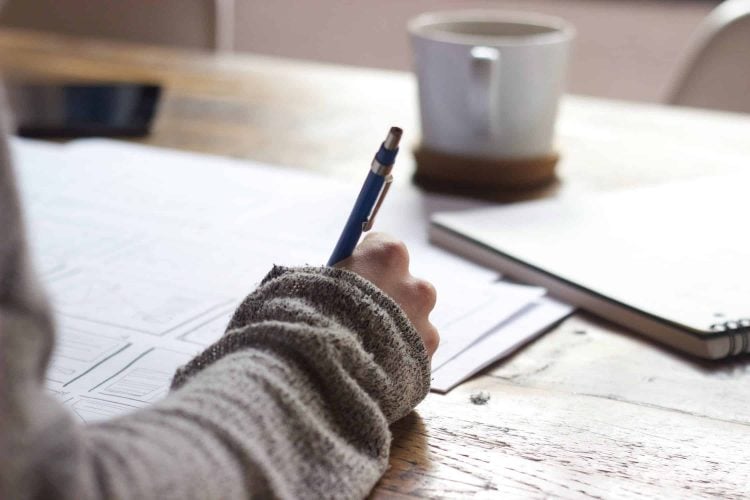 When you start to learn a language, you may feel intimidated or overwhelmed. There’s so much you don’t know, so much to study and so much knowledge to acquire. Or maybe you only feel overwhelmed when you come upon the first challenging thing.

I had my first French class when I was in sixth grade (about 11 years old). I didn’t have any special knowledge or connections, just classes at school and passion-inspired jaunts into learning in other ways.

Today, I’m a fluent French speaker, but that doesn’t mean I don’t have an accent and never make mistakes. Still, I speak, read, write, and hear French every day, and mostly it goes well.

There is some advice I wish I’d gotten when I began my journey to being a French speaker. It would have saved me a lot of worry and disappointment, so I’d like to share it with you.

Here are five things I wish someone had told me when I started learning French:

Table of Contents
1. Learning French and using French are different things.
2. It’s completely possible (and a great idea) to find a French conversation partner.
3. Language is about balance.
4. You will never be perfect.
5. Few problems are unfixable.

French is notorious for not looking the way it’s pronounced. But even if it were a more phonetic language, I don’t think there’s any language you can learn by studying alone.

I was one of the best students in my French classes. By the time I graduated high school, I considered myself a fluent French speaker. And for someone living in a foreign country, with no need to interact with French people or exist in a purely Francophone environment, I might as well have been.

Then I moved to Paris.

I found that despite all of my years of studying French, despite my good grades, I often had trouble understanding what people were saying – and they often had trouble understanding me.  I had watched French movies and listened to French audio recordings for my classes. I had Edith Piaf’s music in my iPod playlists (yes, I’m dating myself). But nothing compares to actually talking to a real French person, or being in a situation where you can’t just turn on subtitles.

It was disheartening. I felt disappointed with myself. After all these years of hard work, I get to France and can’t even carry on a short conversation without some kind of difficulty?

Luckily, it all worked out. My ear got used to real French people speaking to me in everyday situations. I found ways to improve my accent (at least a little), and to recognize when people were having trouble understanding me. For years, now, I’ve been able to live and interact in a completely French environment without much trouble.

But if I had wanted to make that happen faster, I wish I had known that….

2. It’s completely possible (and a great idea) to find a French conversation partner.

The idea of a language exchange or conversation partner may seem a little weird. I mean, it’s like you’re forcing someone to hang out with you and be your friend. In some arrangements, you may even be paying them or giving them help with your native language, in exchange.

But weird as the concept is, it’s also really helpful.

The reason why is that as you talk to an actual, everyday person -not a teacher, not someone hired to make things easier for you – you realize how well you really can be understood, and how well you can understand them. You start to find techniques to get around vocabulary you both lack. You learn new vocabulary when this person shares their interests or thoughts with you.

Your conversation partner might comment on something you do – maybe an expression you’re using wrong or something you’re pronouncing incorrectly – and because it comes from a real human interaction, not just a grade on an assignment or a comment on a professional assessment, you’re very likely to remember it for a long time.

When I got back to the US after a year abroad in France, I started to panic. I didn’t know any Francophones where I lived. So, I put a few ads on online forums and ended up finding a French college student who went to a school near mine. We met up (always in public, of course) and ended up having some great conversations.

That was in the early days of the internet. Today, it’s even easier to find a French person to talk to, even if you can’t do it in person.  For instance, many sites offer French language exchange partners you can talk to online.

3. Language is about balance.

These are understandable and noble goals, but the problem is, if you only focus on one of them, you aren’t going to be able to speak a language.

I used to know a fellow American expat who was revered for her amazing French accent. She sounded like a native Francophone.  As someone who’s slightly hard of hearing, and who has a tin ear besides, I knew my accent would never be as good as this girl’s…and I have to admit, I was pretty jealous.

But then I started to notice something. Whenever we were in situations where we had to speak French – say, hanging out with a group of French people, she was lavished with praise for her accent, but she couldn’t really talk about much. It turned out that she was so conscientious about pronouncing words that she hadn’t really bothered to learn very many of them.

Meanwhile, my accent was nowhere near as good as hers, but I could talk much more fluidly and about many more topics than she could.

So who’s the winner in that situation? Well, neither one of us, exactly. The dream, of course, is to speak French with ease and sound like a native speaker.

The truth is, you’ll probably have strengths and weaknesses when you speak French (or any foreign language). If you completely focus on just one goal, though, you’ll find yourself at a loss. My accent wasn’t perfect and will never be perfect but I was able to engage and talk with our French friends, whereas the girl with the perfect accent just didn’t have the vocabulary to do that.

So when it comes to learning French, don’t totally neglect one aspect of the language. Try to learn and practice as much as you can, in as many ways as you can.

4. You will never be perfect.

It might come from being tired or maybe if you’re caught up in a strong emotion, like anger. It might be hard to shake your native accent. It might be vocabulary you’re unfamiliar with, or movie dialogue that’s garbled or very hard to understand. But you will have a moment – actually, lots of moments – when you will completely know that you are not a native French speaker.

When those moments happen to me, I try to think of all the progress I have made. I focus on all of the times that I interact with French people and have absolutely no problem understanding or being understood. Sometimes I even savor particular little victories, like the time I made a clever pun when talking to one of my neighbors.

Even if you aren’t able to attain perfection, you can still be kind and encouraging to yourself. And you definitely need to keep speaking French. Think about it: If you know someone who speaks another language, you’re probably impressed, even if they don’t always have perfectly correct grammar or an impeccable accent. Treat yourself the same way.

Do you have a French Everest?  You know, that enormous challenge that rises before you and seems almost impossible to climb?

Even though it may tower over you, your French Everest (or one of them, at least) could even be something relatively insignificant, but that blocks you or brings you down, anyway.

One of mine was understanding French actor Romain Duris. Duris is known for his bold and versatile acting and sort of bad-boy indie persona. He also has a very garbled way of speaking, at least to me. While I can understand most other French actors with little or no effort, Romain Duris remained a challenge for me for years.

I would never have believed that if you’d told me this just a few years ago.

Some things in French will come to you fairly quickly. Others will take a lot more time. But never give up and never stop yourself from trying.

It’s easy to think that you’ll never be able to do something, or to have several bad experiences and just think “this is the way it is.” A lot of French learners tell me things like “French people just don’t understand me.” or “I don’t know how to speak grammatically correct French.” or “I can’t follow a French conversation.”

Does one of these sentences sound like your French Everest? The good news is, like climbing a mountain, you can overcome most language challenges – you just need practice and the right gear.

Maybe you need to listen to more French.  In that case, find some French movies, TV shows, cartoons, radio stations, YouTube videos, podcasts, and , as I’ve mentioned already, a French conversation partner – and keep practicing. Train your ear. If you need to use subtitles at first, that’s okay. Just keep listening.

If you’re afraid to make grammar mistakes when you speak, try speaking anyway. If someone seems confused, think about re-wording what you said, or even simplifying. Try to memorize key phrases like Je suis… Je voudrais… and so on. Over time, as you gain confidence with using simple grammar, you can try to use more complex wording.

When you’re not speaking, read. It can be a French newspaper or magazine, short story, novel, children’s book, or even French websites. By reading, you start ingraining grammar and structure into your brain. Trust me, it’s really weird – suddenly one day you realize that a particular turn of phrase in French sounds wrong, and you can’t really explain why, but you’re correct.

It’s hard to climb Mount Everest. Actually, that is a huge understatement. But those who’ve  done it have come away with an amazing, life-changing experience. By pushing yourself and rejecting the fear that’s blocking you, so will you.

If you’ve just started learning French, or even if you’re a seasoned French student who feels intimidated or held back by certain challenges, I hope what I’ve shared was reassuring and helpful. You can learn French. You will be fluent if you want it and if you work for it. It doesn’t matter where or when you start – you just have to keep climbing.