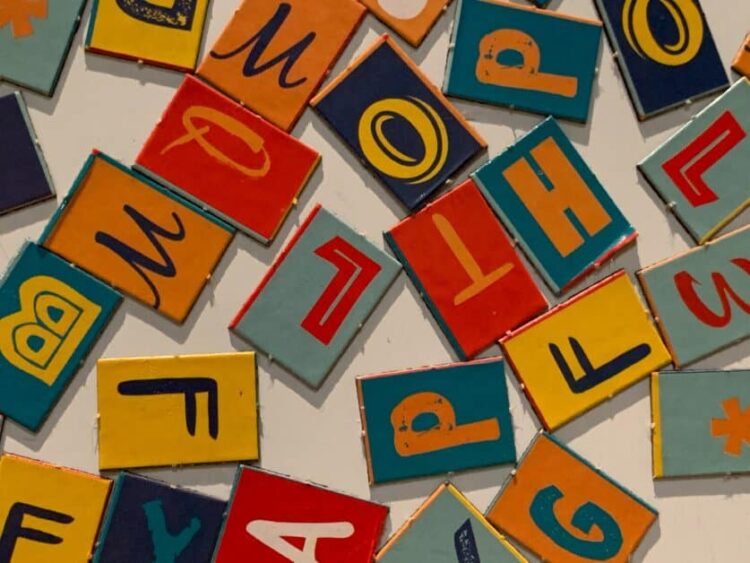 In French, liaisons are created by connecting the final sound of one word (which usually isn’t pronounced) with the beginning sound of the following word.

Liaisons, along with their cousins, enchaînements, are a big part of what makes French sound the way it does.

Unfortunately, despite how common and important they are, French liaisons are far from intuitive for non-native speakers. But the good news is, French liaisons generally fit into categories and groups, which you can use as a guideline.

Let’s look at French liaison rules and learn more about this crucial part of the French language!

Depending on the sources you use, or even the French people you talk to, liaisons that are considered obligatory versus optional may vary slightly. For instance, this excellent source  has some slight disparities with this page from the online version of respected dictionary Le Robert.

But generally speaking, most of these categories will remain more or less the same.

One thing that will never differ, though, is the list of forbidden liaisons.

In French, you must make a liaison when:

Common short adverbs in French that make a liaison with a word starting with a vowel include très, bien, plus, and moins.

A determiner precedes a noun that starts with a vowel

A determiner is a word that indicates whether a noun is general or specific, and/or how much or many of it there is/are. Determiners include definite and indefinite articles, numbers, and possessive pronouns.

When a determiner precedes a noun that starts with a vowel, you should make a liaison.

An adjective precedes a noun that begins with a vowel

Compound nouns (mots composés) and phrases in French are usually joined together by hyphens. In most (but not all) cases, they follow the rules of liaisons – unless they’re pluralized.

Examples of compound nouns or phrases with liaisons:

One notable example to this rule is les États-Unis (The United States); there is a liaison between the “s” in États and the “U” in Unis — maybe technically because these words are pluralized but they stand for a single country?

The silent h in French always follows liaison rules, as opposed to an h aspiré, which NEVER takes a liaison. More on that a little later.

How can you tell if an h is silent or aspiré? Unfortunately, the best way is to memorize them. Fortunately, many of these words are used often, so you’ll get used to seeing and hearing them in sentences with (or without) a liaison.

This webpage includes a good list of common French words that start with an h muet.

Some French liaisons are optional.

You can choose to make a liaison when…

Note that there are some exceptions to this rule – for instance, you might hear Je préfère rester ici, with a liaison between the r at the end of rester and the i at the start of ici or you might not hear the “r”. But you would never hear Il préfère parler anglais.

Most cases when this optional liaison is made seem to involve a verb conjugation that ends in t or a t sound, and sometimes the t sound transforms into a sort of z sound.

So, all of this to say,  this is an optional liaison that’s good to know about but not necessarily good to use,unless you’re absolutely certain a particular choice will work.

Avoir or être is used with a participle that begins with a vowel.

Some French liaisons are impossible to make. Sometimes, this may be for clarity reasons, as in est vs et. But in other cases, it may just be that the sound is painful to native French speakers’ ears. Whatever the case, remember to avoid these forbidden French liaisons!

DON’T make a liaison when….

Although it’s pronounced like est (is), which is often involved in liaisons, et (and) is kept out of them, and in this case there’s actually a logical reason: it’s a way to differentiate between the two words.

This can help to avoid confusion. For instance, Françoise et Jeanne refers to two people, but Françoise est Jeanne implies there’s some confusion at best, or an impostor, at worst!

Here are some examples to show you how a phrase with et should sound – that is, there should be no liaison: poires et abricots, puzzles et énigmes.

For instance, you’d make a liaison with Il ira, but not with Jaques ira.

A number is used as a noun

This isn’t super-common, but for instance, if you see something like tous les onze du mois (the 11th of every month), don’t make a liaison between les and onze.

We’ve seen that you’d make a liaison between a pronoun and a verb that starts with a vowel (for instance, on espère; ils étaient, elles avaient, etc.). But when the subject is just a regular noun, a name, etc., don’t make a liaison.  For instance: Michelle espère qu’il sera là or Les filles avaient faim.

A verb is conjugated with tu and ending in an s in the present, subjunctive, or imperative tenses.

A word begins with an h aspiré.

I said we’d get to this one previously, and now we’re finally here! The h aspiré is essentially a placeholder for words in which the “h” was once pronounced in older versions of the French language.

Today, we don’t make an “h” sound with these words, but they are treated differently when it comes to liaisons, since they’re pronounced with a bit of a stop.

And so, we don’t make a liaison with them, unlike words with an h muet.

There’s no simple way to figure out which French words have an h muet and which ones have an h aspiré, one clue is that most adopted foreign words (like hooligan) tend to keep their hard h and thus fall into the h aspiré group.

But in general, you’ll probably have to memorize at least the most common h aspiré words. You can find them on this website’s excellent list  of common French words that start with an h aspiré .

Is there a linked sound combination that seems to be missing from this list? You’re probably thinking of an enchaînement, a cousin to the liaison.

Although there is some overlap, this source explains the difference between these two similar features of spoken French: Essentially, enchaînements occur naturally, based on aesthetics and the natural flow of French, while liaisons follow specific rules.

Why are there liaisons in French?

Liaisons may be hard to get a handle on, but they are part of what makes French sound the way it does. The reason for their existence is a combination of etymology and aesthetics.

You can watch this  fun and informative video about the history of French to find out how some specific liaisons came to be.

Do I have to make liaisons in French?

As we’ve seen, some French liaisons are optional, and others shouldn’t be made at all. But obligatory liaisons are, for better or for worse, obligatory, so you should make sure you are making them.

That said, we all make mistakes sometimes. I have to admit that even now, after decades of speaking French, I will occasionally forget to make a liaison or else make one that I shouldn’t (for some reason, the word haricots, which I use quite often when food shopping or at the market, ALWAYS trips me up!).

Most of the time, French people will still understand you. In fact, some of the liaisons you make or don’t make might even be considered a charming aspect of your foreign accent. But there is also potential for confusion, and any time you make a mistake about something fundamental in French, you also run the risk of people thinking you might not understand them well.

So, ideally, in order to speak correct French and be understood you should at least make the obligatory liaisons and avoid the forbidden ones.

Is there an easy way to know when to make a liaison in French?

There’s no surefire way to know how to make a liaison in French that can be summed up in a single sentence, rhyme, or helpful anagram. But there are some clues that can help you.

First of all, memorizing the categories of obligatory and optional liaisons is a good place to start.

This isn’t always the case, but as a very broad rule, it could be helpful.

How can I practice French liaisons?

Since knowing when to make liaisons in French is rule-based, I would suggest quizzing yourself often on this list of rules.

Another way to learn that’s equally important is to listen to French. That’s how I’ve learned most of the French liaison rules, personally.

There are lots of ways to listen to French, with seemingly infinite free videos by native French speakers on YouTube, easy access to French films and TV series, and plenty of websites where you can listen to French radio shows and podcasts (often for free).

Speaking French is also a great way to practice liaisons. A French conversation partner, whom you can find, among other ways, on free conversation exchange websites, will be a living example of liaisons, and will also (kindly) correct you if you make mistakes.

Liaisons in French may seem complicated, but with time and practice, they’ll mostly become intuitive. After a while, making them will become as natural for you as it is for a native speaker.

4 thoughts on “Everything you need to know about French liaisons”