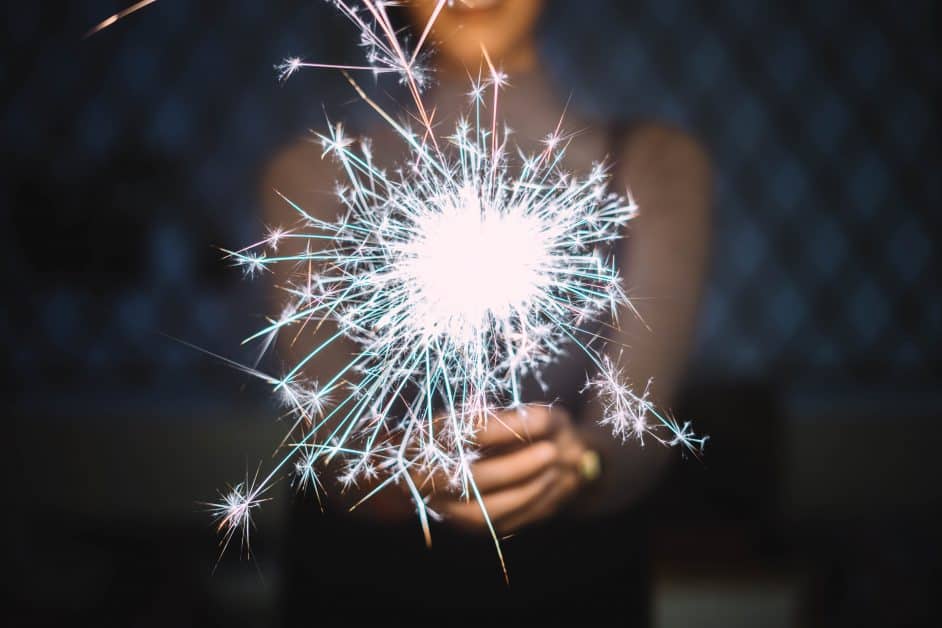 As December winds to an end, you may find yourself thinking about New Year’s…and maybe even how to say it in French.

Let’s look at all things New Year’s in French and France, from New Year’s greetings, to some French New Year’s traditions you may not know about!

Table of Contents
Why is New Year’s important in France?
How to say “New Year’s” in French
How do you say “Happy New Year” in French?
Five French New Year’s traditions that might surprise you

Why is New Year’s important in France?

In France, New Year’s is a very important holiday because it includes pretty much anyone, regardless of their faith, culture, etc. It’s the perfect combination of festivity and secularism.

This is especially important in a country whose founding principles include the separation of church and state. Although most people in France celebrate Christmas to some extent, not everyone does, of course. But New Year’s is another story.

How to say “New Year’s” in French

For a non-native speaker, it can be hard to get the hang of exactly what words to use when talking about New Year’s and the new year in French!

How to say New Year’s Eve in French

There are two main ways to say “New Year’s Eve” in French:

La Saint-Sylvestre refers to the fact that December 31 is the feast day of Saint Sylvester. Still, many non-practicing Catholics or Christians might use this term for “New Year’s Eve”.

You might have noticed that le réveillon is what Christmas Eve is called in French. This is because réveillon means “Eve”, so as in English, you have Christmas Eve and New Year’s Eve. The difference is, French people most often rely on context, rather than specifying which réveillon it is.

How to say “New Year’s Day” in French

When it comes to saying “New Year’s Day” in French, you have three options:

I’ve heard all of these used interchangeably, although le Premier de l’An tends to be slightly less common.

How to say “the new year” in French

As in English and other languages, when you want to talk about the new year in general, not the holiday, there is a different term:

The difference between an and année

Both mean “year”, but  there’s a subtle difference between the two.

An is the precise unit of time and is used in a general way or when precision is required – for instance, when you say how old you are (ex: J’ai 38 ans. (I’m 38 years old.).

Année, on the other hand, is used to emphasize duration or in a less precise context. This is a general rule, of course.

You can visit this Wiktionary page to find out more about an and année and see some examples.

How do you say “Happy New Year” in French?

There are three basic ways to say “Happy New Year!” in French:

This is the most common French New Year’s greeting. It can be used with most people and in most situations, just like “Happy New Year”.

You might also hear or read Bonne année followed by the new year, like so: Bonne année 2021. This is a bit more formal.

2. Je vous souhaite une (très) bonne année (I wish you a (very) happy new year) is a New Year’s greeting that you can use in professional or formal settings.

3. Bonne année, bonne santé ((I wish you a) Good Year, Good Health) is a common, slightly cheesy greeting you’ll hear from time to time as well.

Five French New Year’s traditions that might surprise you

Some French New Year’s traditions are probably similar to what you do in your own country/culture, or at least what you see in holiday movies.

For instance, champagne is the drink of choice (Champomy, a non-alcoholic sparkling fruit juice bottled like champagne is a popular alternative for kids),and at midnight everyone who’s awake celebrates.

Like people in many other cultures, the French make New Year’s resolutions (des bonnes résolutions) that they may or may not succeed in keeping.

New Year’s is for friends and romance, not family.

New Year’s in France tends to focus on friends and significant others, rather than family. It’s much more typical for young French people and adults to ring in the new year at a party or restaurant, rather than in their family’s home. I’ve also noticed that young kids aren’t encouraged to stay up till midnight, either.

In France, people will count down to the new year, but there is no single, standard, formal countdown on TV — or anywhere else, for that matter. TV stations might stop their (usually not particularly New Year’s-themed) programming for a brief countdown, but generally speaking, it’s everyone for themselves.

As an American who pretty much depended on the ball in Times Square to tell me when the year had changed, this still kind of throws me off.

If I say “France fireworks”, you probably imagine the Eiffel Tower surrounded by a beautiful display of sparkling light. That’s not entirely wrong, but you’re thinking of the wrong holiday.

The famous fireworks display at the Eiffel Tower takes place on July 14, in honor of la Fête Nationale (Bastille Day). Instead, the rough equivalent of Times Square on New Year’s in Paris is the Champs-Elysées. In recent years, a light show has been projected onto the Arc de Triomphe. Then, there’s a countdown, followed by a relatively modest fireworks display.

Ring in the new year with texts and messages

Once the new year arrives, everyone in France goes crazy, sending messages to just about anyone they know, wishing them Bonne année.

Until recently, this was done with text messages and calls, tying up the phone lines. You would end up waking up the next day to a mass of finally-arrived texts (often from festive vague acquaintances) from the night before. It was inconvenient (and possibly dangerous if there had been an emergency), but kind of a cool way to start the new year.

Recently, though, between social media becoming more popular, and maybe phone signals improving, this seems to happen a lot less, at least in my experience.

French people will continue to wish each other Bonne année for many weeks after le jour de l’an.  French etiquette dictates that, up to January 31, this is a totally acceptable thing to do if you run into someone you haven’t seen since that important day. Still, a common joke is that you may find people still doing it well into February.

Have you ever celebrated New Year’s in France? What did you think of it?  Wherever you’re celebrating this year, I wish you une très bonne année 2021, much better than this past one, and filled with love and good health.

1 thought on “French New Year: 5 Traditions and Phrases You May Not Know”