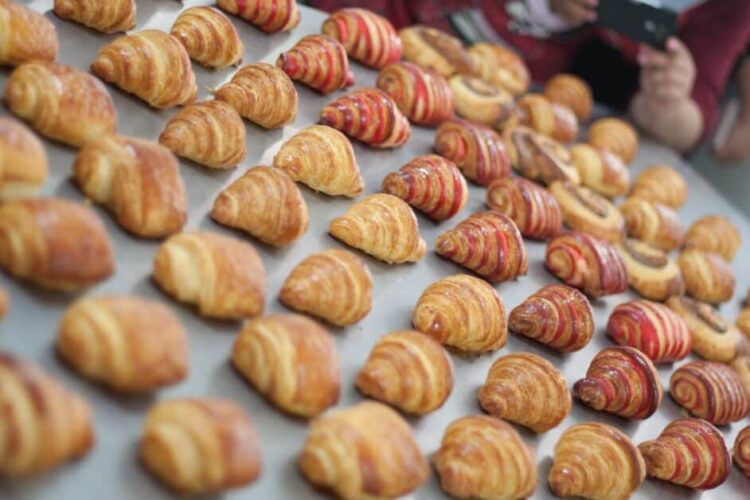 Parfait is how you say “perfect” in French. But if you’re looking for some other options, that’s perfectly natural! Let’s look at eight ways to say perfect in French!

8 ways to say “perfect” in French

Parfait is the standard way to say “perfect” in French. It can be used in both formal and informal situations.

In an overwhelming majority of cases, parfait comes after the word it modifies. But in some special cases, you may see it precede a noun, as in a phrase like filer le parfait amour (to be very much in love). This is usually due to poetic language.

One exception to this rule is when parfait is used to mean “complete/total” (more on that in a moment).

Parfait can be used as a standalone word or as part of a sentence, although in formal or professional situations, it’s best to at least pair it with C’est (C’est parfait – That’s perfect).

Remember that because parfait is an adjective, it has to agree with the gender and number of the word(s) it’s modifying. For example:

Interestingly, parfait is used almost exactly like “perfect” in English. This means, among other things, that it can be transformed into an adverb: parfaitement (perfectly).

Another similarity is that its meaning can range from “without fault” to “absolute(ly)/complete(ly)/total(ly)”, as in for instance, Je comprends parfaitement (I understand perfectly) or C’est un parfait idiot (He’s a complete idiot.) As I mentioned earlier, when using parfait to mean “complete” this way, it’s placed before the noun.

Parfait is also the word you use when talking about perfect tenses in grammar (ex: le futur parfait (future perfect), le passé imparfait (the past imperfect), etc.).  It’s used in musical terminology as well.

Si nous pouvions décaler la reunion à demain, ça serait parfait. (If we could move the meeting to tomorrow, that would be perfect.)

There are a number of common phrases that include parfait(e). For instance:

WordReference’s list is a good place to start if you’d like to find some additional common phrases with parfait.

Idéal is a good alternative to parfait if you’re talking about something/someone that is truly the best of the lot. The key difference is that it has to be in an abstract, rather than concrete, sense.

So for instance, while it’s perfectly common and normal to hear the phrase un monde parfait, you might also hear un monde idéal.

But on the other hand, if you’ve just eaten a perfect croissant that someone made for you, you’d say it’s parfait, not idéal, since it’s a concrete, real croissant. You could use idéal if you were to talk about croissants in an abstract way, for instance: Un croissant est le petit-déjeuner idéal.

Remember that since idéal is an adjective, it has to agree in gender and number with the word(s) it’s modifying.

Ça serait l’endroit idéal pour nos vacances ! (This would be the perfect (ideal) place for our vacation!)

Like its English cognate, sublime suggests the idea of perfection. But also like its English equivalent, there’s a connection with the idea of the divine. That’s why this word is often used to mean “perfect” in a slightly exaggerated way. You’ll usually hear it used in everyday language or in advertising or fashion magazines and the like, as well as poetry.

Elle portait une robe sublime ! (The dress she was wearing was sublime.)

The nothing better “perfect”: sans pareil

Sans pareil literally translates to “without same” – in other words, someone or something that can’t be compared to anyone or anything else – and thus, perfect.

When it comes to agreeing sans pareil with the word(s) it modifies, reputable French sources like le dictionnaire Larousse say that while agreement is common, it’s also acceptable to always keep it sans pareil.

As in English, impeccable means “flawless”. This word is often cited as a synonym for parfait in French.

Since it’s an adjective, it has to agree in gender and number with the word(s) it’s modifying. But since it ends with an “e” the good news is you don’t have to change it for a singular feminine subject!

Like parfait, you can use impeccable in a sentence or as a standalone word in informal language

Impeccable is a bit of a formal word in English, but it’s somewhat common in everyday informal language in French. If you want to get really casual with it, see the next entry on our list.

Impec (which is sometimes written as impecc’ or impecc) is a short form of impeccable or its adverb form, impeccablement. It’s been around since at least the 1960’s, but like many French slang words, despite its age, it’s still very informal and very frequently used by young people and hip-hop culture today.

Like its more formal parent, impeccable, you can use impec as a standalone word or as part of a sentence.

As is the case with a number of French slang terms, you don’t have to agree impec with the gender of the word(s) it modifies. It’s often invariable with plural words, as well, although to be on the safe side, you may want to add an “s” when using it with plural words.

The no mistakes “perfect”: sans faute

If you want to talk about someone doing something perfectly, especially an activity like a sport or school assignment, sans faute could be the perfect choice.

It means “without fault”,“flawless”, “without a single mistake”.

Il a passé son examen sans faute. (He got a perfect score on her test.)

You may also see sans faute used as a noun, to mean a flawless action. For instance:

You can sometimes see this word hyphenated: sans-faute.

Note that, depending on context, sans faute can also mean “without fail” (for certain).

Short for nickel chrome (pronunciation), a less common phrase that you might also come across, nickel is a very common way to say “perfect” in French slang.

Although it’s slang, it’s been around for a long time, so people of most ages will probably understand it, even though you should only use it in informal situations.

Like the shiny metal finish that inspired it, nickel implies flawless perfection. That means that it often suggests not only, say, something that looks perfect, but that’s also shiny and clean. Saying someone s’habille nickel implies that they are dressed fashionably and also neatly and look clean. Sometimes, when describing someone who’s very neat and clean or a room or object that’s notably clean as well as nicely organized and nice looking, etc, you might even hear the phrase nickel propre.

Like many French slang words, nickel never changes to agree with the word(s) it modifies.

And like its proper cousin, parfait, nickel can be used to refer to just about anything, from a concrete idea, to making plans, to something more abstract.

There are a number of non-adjective words related to parfait in French. These include:

the verbs parfaire and perfectionner

Parfaire and perfectionner  both mean “to perfect.” While there are some subtle differences between the two, most French people I know consider them to be synonyms.

Parfaire is a bit old-fashioned and not as common as perfectionner. So, when in doubt, perfectionner is probably the best one to use.

Perfectionner is also often used as a reflexive verb.

Parfaitement means “perfectly”, which, as in English, can either mean “flawlessly” or “absolutely”.

Il l’a dessiné parfaitement. (He drew it perfectly/He made a perfect drawing of it.)

You can use this link to find more words related to parfait.

Where can I find other words that mean “perfect” in French?

There are lots of French words that mean something/someone is extraordinary. One of the most challenging things about writing this list was having to choose which of these were closest in meaning to “perfect” (flawless, absolute),  not just “good” or “great”, or “the best”.

If you’re not perfectly satisfied with the choices here, you can find some other French words that come close to “perfect” on this list from Larousse or by doing an internet search for “synonymes de parfait”.