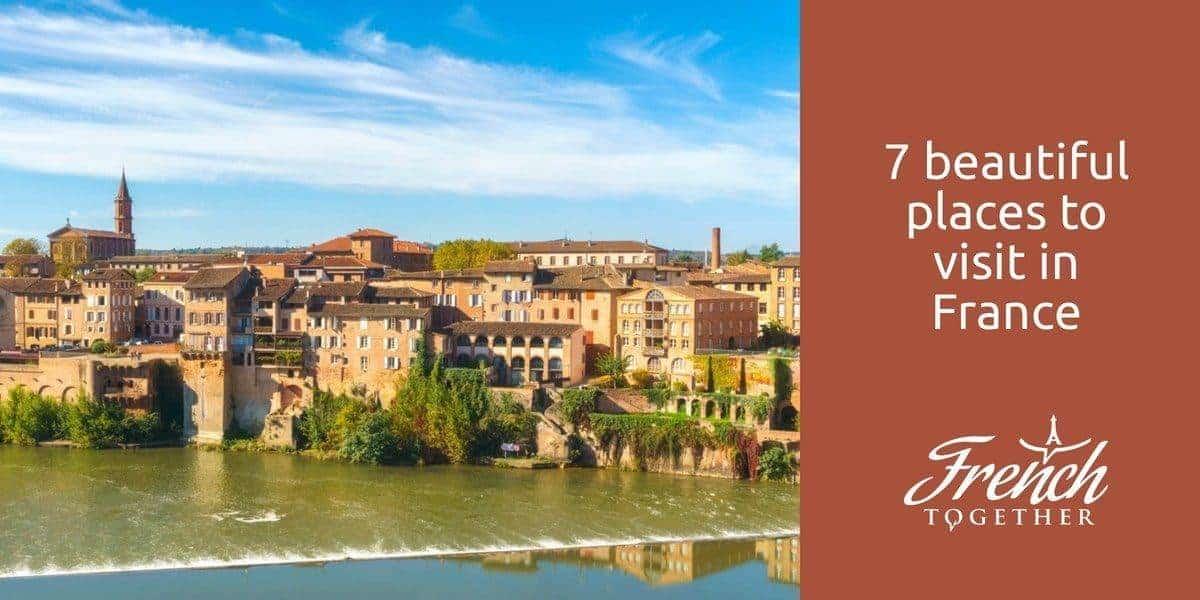 Are you headed to France this year, or have you already been?

Here in the world’s top tourist destination, most visitors make a beeline for Paris, Mont-Saint-Michel, or the French Riviera. These are all understandable choices — especially and always Paris, which I think is the best city in the world, for what it’s worth.

But there are, of course, a lot of other beautiful places to visit in France. If you come here with a bit of time and some wanderlust, you might want to discover other areas and aspects of this country. I’ve written about some of these places, like France’s major cities and a few others that I personally think are pretty great.

But what if you’re looking for something more?  Here are some other, often lesser-known, French cities, towns, and regions that might very much valoir le coup (be worth it).

Located in the north of France, this city doesn’t get the love it’s due.

Lille makes for a really great place to visit. You can get easily get there from Paris -it’s just an hour or so by train or two and a half or so by car.

If you can travel any time of the year and don’t mind crowds, I’d suggest coming in September, during the braderie de Lille, a massive, citywide garage sale where you’ll find deals on everything from kids’ toys and contemporary clothes, to antiques.

The city buzzes with a celebratory ambiance and since so many streets are full of people selling things, it’s sort of like being in a big scavenger hunt, with stops for yummy food.

This region in the southwest of France is well-known to European tourists, but people in many other places around the world have never heard of it.

I certainly hadn’t, until I met my French husband, whose family lives here.

Charente-Maritime is known for its mix of maritime and inland geography and living. You’ll find famous coastal cities and small islands, including La Rochelle, the seaside town of Royan, and the glamorous Île de Ré and its laidback, more natural cousin the Île d’Oléron (of oysters fame) — but just a short drive from the coast, you’ll discover beautiful natural landscapes, farmland, and a number of historical sites, including the 16th century walled city of Brouage.

It may not be France’s most famous region, but no matter how often you come back, there are always new things to visit in this really beautiful, unique place.

The Loire Valley may seem too well-known to be on this list, but I wanted to include it because most people who come to France visit only one castle: the one in Disneyland Paris. If you have some extra time and want to discover the real deal – not to mention some breathtaking views and excellent food — the Loire Valley is a must.

Located only an hour (by train) or two (by car/bus) from Paris, it’s where you’ll find so many of those gorgeous Renaissance palaces you’ve seen in illustrations, documentaries, and movies: Chenonceau, Chambord, Amboise – among many, many others (Here’s a complete list.).

As you might imagine if you’ve ever seen aerial shots of their surroundings (very much including the château de Chenonceau, which is quite literally on water), the castles aren’t located neatly in a row. Luckily, you can rent a car, take an organized bus tour like these, or use a combination of bikes and local trains to get around.

The region itself is lovely and also full of another iconic French sight: vineyards. If you’re a wine fan, you can go to a wine tasting and tour at least one or two chateaux in a single, busy daytrip from Paris, or take your time and linger for a few days, maybe even splurging to stay in an actual castle.

However you choose to visit the Loire Valley, with its breathtaking castles and beautiful, graceful ambiance, it’s worth it.

About an hour and a half north of Paris is the Somme region.

Although there are some major cities here, including the charming Amiens, and the natural wonder that is the Baie de Somme, what I’d most recommend seeing here are the sites related to World War I. There are several museums and monuments, and even some surprisingly excellent homemade exhibits and recreations of life in the trenches.

All of these will teach you and many will move you. What I’ve found to be most moving, though, is stopping at the edge of one of the area’s many farmers’ fields and looking down at the soil (obviously this is best done when the soil has just been tilled).

At first, you’ll think you’re seeing garbage – maybe litter that careless tourists left behind. But look closer, and you’ll recognize things like shards of dishes, fragments of cutlery, weaponry, and maybe even the rusty buttons from an old soldier’s uniform. This is what truly showed me the scope of this horrific war: that even now, a century later, it’s still stuck inside the very earth of the place where one of its most notorious battles was fought.

Obviously, the fields are private property, and less obviously, some of the ammunition that’s unearthed there is still live, which means you could have a literally explosive encounter with a grenade, bullet, or mortar shell. So, don’t walk around without permission and extreme caution. But simply stopping to take a good long look at that troubled ground may turn out to be an unforgettable experience. I know it was for me.

Located in the Indre department, in pretty much the middle of France (and what often feels like the middle of nowhere) the town of Argenton-sur-Creuse is close to several other towns and some small cities, but not to any major metropolises.

There are no huge draws in terms of museums and monuments (although, this being Europe, you’ll still find a few small attractions and sites, not to mention hotels, inns, and campgrounds) here, which means it’s a great way to see how real French people live in a moderately-sized town today.

What really makes it one of the best places to visit in France, though, is that it’s just beautiful, with stunning views from its bridge and surrounding hills. I’d suggest stopping here if you’re passing by, but you can even visit it directly by train.

If you’re an art history geek like myself, the name “Bayeux” was probably quickly followed in your mind by the word “tapestry”.

The famous embroidery is indeed there, unrolled and on display, and the gift shop sells a really awesome reduced-scale paper model, with explanations of the panels and words. Seeing this medieval masterpiece was an amazing experience for me, but I was also really delighted by the town of Bayeux itself.

Located in the Normandy region, it’s often visited for a brief look at the tapestry or used as a base or jumping-off point for visiting the Normandy beaches and World War II memorials.

These are definitely worth doing, but the town itself seems underappreciated. It has some lovely old streets, a stunning cathedral, and a really great World War II museum, among other attractions.

If you’re headed to Normandy, why not linger in Bayeux a little? Have a walk around, visit some of the city’s notable sites, and then get a drink and a bite to eat.  That sounds like it would make for a pretty good day or weekend stay, to me.

Like Toulouse, which is about an hour away by train, Albi’s striking appearance is partially due to its red bricks. Its centuries- (in some cases, millennia-) -old architecture, including the Cathedral of Saint Cécile, the largest brick building in the world, only enhance its charm.

Albi has a long and turbulent history, but what fellow art history geeks may know it best as the birthplace of Henri de Toulouse-Lautrec. Today, the 13th century Palais de la Berbie houses the Musée Toulouse-Lautrec, the world’s largest collection of this awesome, eccentric artist’s works.

After you’re done visually gorging yourself on the city’s architecture and Toulouse-Lautrec’s lively, passionate masterpieces, you’ll also be able to find some delicious traditional French food. Albi isn’t the best-known place to visit in France, but it is absolutely worth your while.

You may not have the time to visit all of the places on this list, but if you’re coming to France for a while and looking for a more unusual way to spend a few days, I hope it inspired you.

Have you visited any of these places? If so, what did you think of them?  If you’re planning a trip to France, are any of them on your itinerary?