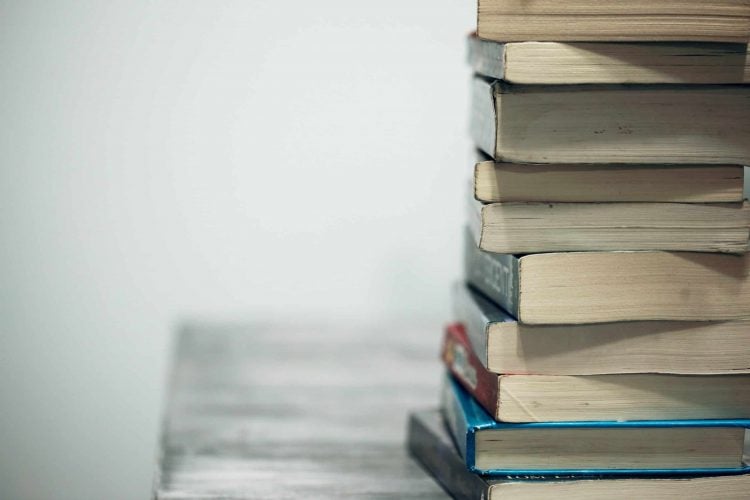 Savoir means “to know” in French.

Let’s explore all things savoir, starting with its conjugation.

Table of Contents
Savoir conjugation
How to conjugate less common tenses of savoir
What does savoir mean?
The extra meaning of savoir in Belgian French
How to say “to know how to” in French
Phrases and expressions with savoir

Savoir is an irregular verb, which means you’ll have to memorize its conjugations.

A small consolation is that it’s conjugated with avoir in compound tenses, so you don’t have to agree the participle and the subject in a standard sentence.  Bon à savoir ! (Good to know!)

Here’s how to conjugate savoir in the most common French verb tenses:

How to conjugate less common tenses of savoir

These verb tenses aren’t used as frequently in everyday spoken or written French, but they are useful to know – and in many cases, to use:

What does savoir mean?

Savoir  means “to know” -but what you must know is that this doesn’t cover all knowledge. To be precise, savoir means to know facts/how to do something, or to be aware of something.

But savoir doesn’t cover everything you can know. That’s where connaître comes in.

The difference between savoir and connaître

As we’ve just seen, savoir means “to know” in the sense of something you’ve learned or a skill you have.

For instance: Nous savons parler français. (We know how to speak French.)

Connaître, on the other hand, means “to be familiar with” or “to know someone”.  This last one is the easiest difference to spot between the two French “to know” verbs; you can’t use savoir to say you know a person.

Here are some example sentences with connaître:

If you’ve never come across this difference before, or if you want to review it, I highly recommend this Cliffs Notes page.

The extra meaning of savoir in Belgian French

In addition to meaning “to know” and “to be aware of”, savoir for Belgian Francophones can also be a synonym of pouvoir (can).

This is apparently a notorious characteristic of Belgian French for other French-speakers, as you can see from articles like this one, written by a bemused French-Canadian.

As he specifies, and as other sources confirm, using savoir to mean “to be capable of” is mostly done in oral language. Here are some examples. The first two seem to be very common phrases, since I’ve also come across them in other sources, including this one:

Tu sais me passer le sel ? (Could you please pass the salt?)

Elle ne sait plus lire quand la télé est allumée. (She can’t read when the TV is on.)

Again, keep in mind that this additional meaning of savoir is only found in Belgian French, and then mostly in oral language.

Remember, too, that savoir still means “to know”/”to be aware of” in Belgian French. In fact, the Canadian journalist I cited claims he’s even heard Belgians say On ne sait pas savoir le temps qu’il va faire (We can’t/aren’t able to know what the weather will be like.)

How to say “to know how to” in French

The easiest and most common way to say “to know how to” do something in French is with this structure: savoir + verb(s) (+ noun).

For instance, let’s look back to one of the example sentences I wrote in a previous section of this article: Nous savons parler français .

It’s not often that French is more concise than English, but this is one of those times. Instead of having to say “We know how to speak French”, you just need savoir and the verb.

Here are some examples:

This being said, you may see, hear, or use savoir comment (to know how…) in certain situations. Typically, this would be when the focus isn’t on what is known/what skill has been acquired, but on how that came to be.

A perfect example of this is one that I found while researching this article:

Je voudrais savoir comment elle est tombée enceinte ! (I want to know how she got pregnant!).

If a person were curious about pregnancy in general or dealing with fertility issues, Comment tomber enceinte is a perfectly fine phrase. But in this case, well, there was clearly some drama behind the issue….

Phrases and expressions with savoir

As with “know” in English, there are a lot of French phrases and expressions with savoir, including many that are used regularly. Here are some of the most common:

se savoir – 1. to become known 2. to know oneself to be a certain way.

Examples: Ça va se savoir ! (Everyone will find out!/All will be revealed!). Il se savait très intelligent. (He knew he was very smart.).

Keep in mind that because in this case savoir has taken on a reflexive pronoun, it has to be conjugated with être in compound tenses.

Fun fact : Ça va se savoir ! was the Franco-Belgian version of The Jerry Springer Show in the early to mid- 2000’s. You can find old episodes on YouTube if you want to watch some very, very trashy TV en français.

This is an old-fashioned and formal use of this phrase – for instance, if a list of possessions is being made for contractual or legal reasons.

Yes, this is the same phrase as the previous entry, but the context is so different, and this one is always a stand-alone statement, as opposed to the previous one (which is usually part of a sentence), so I made it its own entry.

Example : Vont-ils se marier ?  À savoir. (Will they get married? It remains to be seen.)

Example: Elle lui a fait savoir que son copain le trompait. (She told him that his boyfriend was cheating on him.)

en savoir long – to know a lot about something.

There are many similar expressions in French; this is just the one I hear  the most.

Reste à savoir – It remains to be seen.

savoir tout sur tout – to know everything about everything; to be a knowledgeable person.

You can do an online search for this phrase and come upon all sorts of neat facts and resources in French.

Literally “to know (how) to be” – that’s how important polite behavior is to the French.

Example : Il manque de savoir-vivre. (He has no manners.)

This word also exists and means the same thing in English.

Tout finit par se savoir – Everything comes out in the end.

In other words, there are no secrets.

As with some other expressions on this list, if you do an online search for Bon à savoir, you’ll come across lots of websites and videos full of information and advice about lots of different topics. Give it a try!

As in English, this phrase can be used at the beginning or end of a sentence.

Although many adults might say this, it’s also something young French children commonly say when you offer to help them with a task like tying their shoes. They may add tout(e) seul(e) at the end: “I know how to do it all by myself.”

en savoir quelque chose – to know a thing or two about (that).

croire savoir – to believe or think one knows something.

savoir tout sur __ – to know everything about/all about ___.

Want to know more? You can find additional expressions and phrases with savoir on this list.

Let’s finish with a song about one of the most important things a person can know: Savoir aimer. (To know how to love).