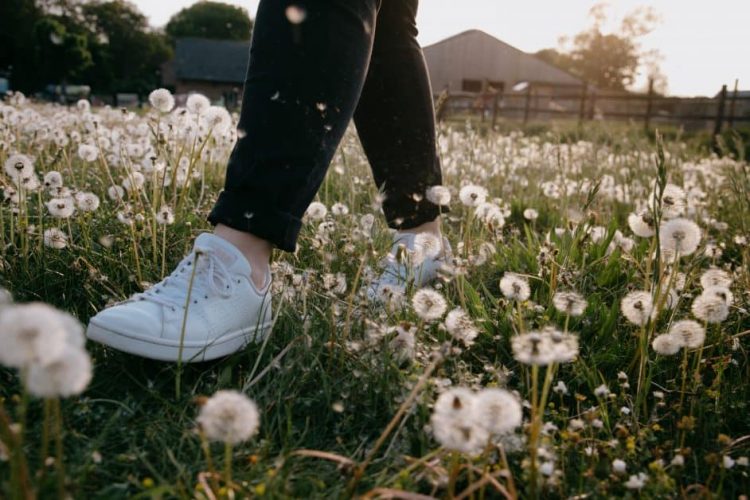 Stem-changing verbs or boot verbs are regular verbs whose root (radical)’s spelling changes in certain conjugations and with certain subjects.

Despite the fact that they don’t exactly play by the rules, stem-changing verbs are considered regular verbs, since their endings follow the same rules as regular -er verbs.  They just want to change things up more.

Let’s learn the how’s and why’s of stem-changing verbs.

What are stem-changing verbs?

Stem- changing verbs (also called boot verbs) are regular verbs that, for one reason or another, have to slightly change their spelling when they’re conjugated in certain tenses and with certain subjects.

French stem-changing verbs can be categorized into four groups:

When do you change the stem of stem changing verbs?

The spelling of stem-changing verbs doesn’t apply to all subjects and tenses, unfortunately. That would be too easy.

But there are some tricks to help you remember when to change them.

Of course, this applies to any “stand-in” for these pronouns (names, things, etc.), as well.

For example, let’s look at how to conjugate envoyer (to send) in the present simple tense:

As you can see, all that hard work at memorizing how to conjugate regular verbs wasn’t lost; the stem might change, but the regular -er verb endings still apply.

Looking at this conjugation, we can also find a tip for how to remember which subjects get a stem change. If you made a sort of circle around all of the times when the stem changes, you’d have a shape similar to a boot or shoe, like so:

That’s why stem-changing verbs are sometimes called boot verbs or shoe verbs for us English-language learners of French.

In what tenses do verb stems change in French?

You don’t systematically change the stem of a stem-changing verb. You only do it when using certain tenses.

All French stem-changing verbs’ stems change in the following tenses:

(Remember that verbs with nous or vous as the subject never change their stem.)

Additionally, most stem-changing verbs’ stems change in the following tenses:

(Remember that verbs with nous or vous as the subject never change their stem.)

Note that for regular verbs that end in é +consonant + -er, changing the stem in the future and conditional tenses is optional.

There is at least some method to this madness.

The four types of stem-changing verbs in French

Let’s take a closer look at the four types of stem-changing verbs.

1. Regular verbs that end in -yer

Exceptions: -ayer verbs can follow the usual stem-change, or they can keep their “y” in all tenses and with all subjects; either one is correct.

Here’s an example with the -ayer verb payer:

Either one is correct, although based on some research, as well as personal experience, most people tend to make the stem change.

How they change: the é changes to è

Note that changing these verbs’ stems in the conditional or future tense is optional.

2. Infinitive: considérer: Il considère que son chat est le plus beau au monde. (He considers his cat to be the most beautiful one in the world.)

Note that some of these infinitives have additional é’s – these are related to pronunciation and do not change when the final é does.

compléter (to complete); considérer (to consider); espérer (to hope); inquiéter/s’inquiéter (to worry/to be worried); préférer (to prefer); posséder (to possess,own); répéter(to repeat, to rehearse); suggérer (to suggest); gérer (to manage); révéler (to reveal)

How they change: the e before the consonant + er ending becomes è

2. Infinitive: amener: Il faut que tu m’amènes avec toi la prochaine fois ! (You must take me with you next time!)

acheter  (to buy) (Note that this verb is included in this verb group, not the -ter group, due to pronunciation);amener (to bring); emmener (to take someone/something somewhere); mener (to lead); enlever (to take, remove, snatch, kidnap);harceler (to bother, harass, bully); lever/se lever (to raise/to rise, to stand up);peser (to weigh); promener/se promener (to walk, to take a walk)

4. Most verbs that end in -eter or -eler

As you can see from this last example, if an -eter or -eler verb has another double letter, that pair remains doubled regardless of the stem change.

appeler/s’appeler (to call/to call oneself); épeler (to spell); rappeler/se rappeler (to remind/to remember); renouveler (to renew); jeter (to throw); projeter (to plan, to project);rejeter (to reject); ensorceler (to enchant, to cast a spell on someone).

….Okay, that last one may not be terribly common in everyday life, but it’s one of my favorite French verbs!

Why do stem-changing verbs exist?

Verb stem changes are annoying but not totally arbitrary.

For example, the stem of the verb acheter is pronounced differently when it’s conjugated, say, in the first-person present tense: j’achète.

On the other hand, the pronunciation of verb stems that end in -eter or -eler or that end in -yer doesn’t  change. In this case, it seems to come down to aesthetic preference of some kind. It’s a phenomenon we see in other areas of the French language, as well.

Some good news about stem-changing verbs

One thing I can promise you  is that there will come a time when you won’t even really notice these verbs. For instance, you’ll instinctively know that a -yer verb’s y will change to i in certain cases.

The other really good news is that while the spelling of verbs that end in -yer or -eter or -eler  changes, their pronunciation doesn’t. So when you’re speaking French, you won’t have to worry about that.

After all, whether I say Comment t’appelles-tu ? or Comment vous apellez-vous ?, you can’t hear that that stem is spelled differently, right?

I hope this article has been helpful, and if you’re feeling a little overwhelmed, it’s going to be okay. In my experience, there’s another reason why “shoe verbs” is a fitting moniker for stem-changing verbs. Using them is like tying your shoes: difficult to learn, but once you’ve got it down, you’ll be able to do it without much thought.