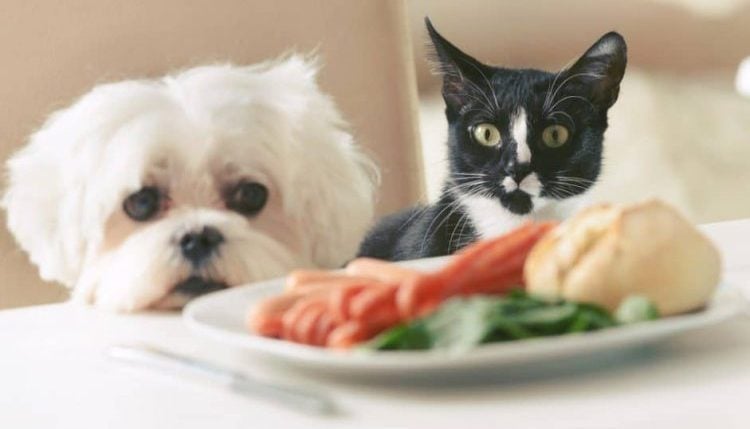 Vouloir means “to want’ in French. That means it can convey a demand or desire – but it’s also used to convey the total opposite: an ultra-polite request.

Want to learn more about this two-sided verb? I want nothing more than to help you.

How to conjugate vouloir

Vouloir is an irregular verb. It’s conjugated with avoir in compound tenses.

Here’s how to conjugate the most common tenses of vouloir:

A note about the imperative form of vouloir

When it comes to addressing other people (tu, vous), It’s not very common to use vouloir in the traditional imperative form, based on the present indicative. Most grammar guides consider the subjunctive form the truer imperative of vouloir, since you’re essentially ordering someone to feel or behave a certain way, which you’re less sure to accomplish than, say, ordering them to perform an action. As we’ll learn in this article, you’ll frequently see (polite) requests/demands in the subjunctive form of vouloir.

What does vouloir mean ?

Vouloir means ‘to want’. But that goes both ways. You can use it to talk about wanting something, but it’s also used to express the hope that someone else wants something or wants to do something.

Let’s look at these different ways to use vouloir a little more closely.

To say someone wants something in French, you can use tenses like the present, past, and future. But keep conditional and subjunctive tenses aside  – these are used to show politeness, even ultra-politeness. We’ll get to them a little further on.

To talk about wanting something, use:

Here are some examples:

Note that vouloir isn’t used with feeling sexual desire for someone (“I want you”,  etc.). That said, vouloir can be used to express wanting to do love- and sex -related actions, using the following formula….

To talk about wanting to do something, use:

Il voulait voir un film mais nous sommes arrivés trop tard au cinéma. (He wanted to see a movie but we got to the cinema too late.)

You may have to add an object to the formula. In that case, put the reflective pronoun between vouloir and the infinitive verb, like so:

Elle veut te donner un bisou. (She wants to give you a kiss.)

Tu voulais me donner quelque chose ? (You wanted to give me something?)

What if you want to express something more complex than a verb infinitive will allow?

In this case, you’ll have to use

If you’ve been studying French for a while, that phrase may have set off an alarm in your head. Vouloir que is a phrase that means “Subjunctive tense ahead!”

In other words, the verb in the phrase that follows vouloir que will be conjugated in the subjunctive tense.

Je veux que tu me dises la vérité. (I want you to tell me the truth.)

Although you can use vouloir in just about any tense, politeness is a big thing in French culture. So, if you’re telling someone what you want, you’ll often use the conditional in order not to sound demanding.

You may have already practiced this in your French classes.

Here are a few other examples:

Elles m’ont dit qu’elles voudraient un gâteau décoré avec des roses. (They told me that they would like a cake decorated with roses.)

So far, we’ve seen that vouloir can be used in most tenses to express wanting something. When it’s in the conditional, it expresses “would like” as opposed to “want”, and should be used in most situations when you’re asking for something, since French people tend to be extremely polite.

But when vouloir is used in the subjunctive, it changes its identity a bit. Instead of being about what someone wants or would like, it becomes an ultra-polite request that one hopes the person or people they’re addressing will agree to.

For that reason, you’ll most often see vouloir conjugated with vous in the subjunctive tense. And you’ll most often encounter it in formal and professional French emails and letters or instructions posted in public places.

Here are some very common phrases with Veuillez:

Extreme politeness can also be expressed with the phrase de bien vouloir. You’ll often see it preceded by words like Merci or Je vous prie.

Here are some common examples:

Be careful with bien vouloir!

Note that bien vouloir without the de  has a different meaning. It’s used to show a general strong desire for something. In the past, it often expresses regret.

You can find some examples of bien vouloir in the list of vouloir expressions further on in this article.

Vouloir as a noun

But vouloir’s noun form is used very rarely and I’ve only included it because, well, this post is about vouloir.

When I asked my French husband for a real-life example of it, he could only think of the phrase selon votre bon vouloir, which means “as needed/as desired” and can be used with things like recipes. But even then, there are more common alternatives.

So the noun le vouloir does exist, and you might come across it at some point, but it’s not a terribly common word in contemporary French.

On the other hand, its cousin, la volonté (will), is very common.

What does se vouloir mean ?

Now that we’ve looked at vouloir and some of the tenses and phrases commonly associated with it, let’s tackle the verb’s reflexive form: se vouloir.

Se vouloir means “wanting to seem/appear”. Here are some examples:

Elle se veut la plus belle fille de l’école. (She wants to be considered the most beautiful girl in the school.)

Common phrases and expressions with vouloir

Here are some vouloir phrases and expressions that you’ll frequently come across in contemporary French.

Note that when this is used with past tenses, it often expresses regret. Be careful not to confuse this expression with the ultra-polite phrase bien vouloir de, which was previously discussed in this article.

en vouloir à – to be angry or annoyed at someone. Examples:

s’en vouloir à – to be angry at oneself. Example: Je m’en veux d’avoir oublié ton cadeau. (I’m so mad at myself for forgetting your gift.)

Vouloir, c’est pouvoir– If you want it, you can do it/Where there’s a will, there’s a way.

Want more? Have a look at this Word Reference  page for additional expressions with vouloir, as well as some subtle variations of a few of the expressions  on our list.

If you were hoping to learn about vouloir, I hope this article gave you what you wanted. And if you’re feeling a bit overwhelmed about this verb’s different degrees of meaning, I promise that the more French you’re exposed to, the easier and more intuitive it will become.

If you want to master the verb vouloir, you will: after all, vouloir, c’est pouvoir!